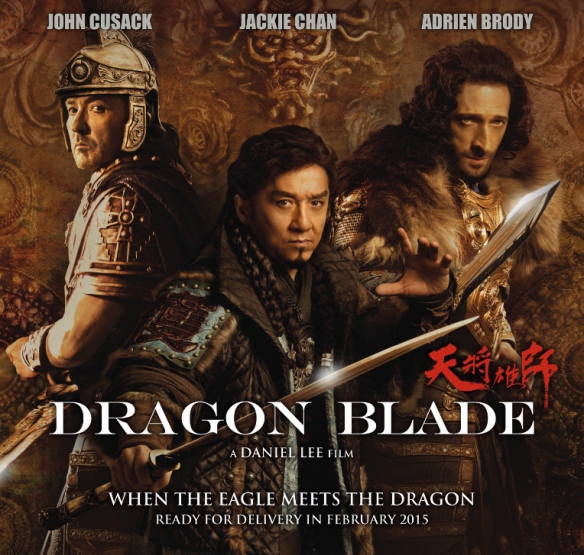 From An Armchair Traveller’s History of the Silk Road:

The Book of Later Han records an expedition by an emissary of Ban Chao who set out in AD 97 to assess the legendary empire in the furthest west, which the Chinese called Da Qin, ‘Great Qin.’ The name is odd, and has confused even Chinese commentators. It may be a garbled reference to a particular place in the Roman Empire, although it is not clear where. Fan Ye made the unlikely suggestion that the people of the exotic west were tall and honest, a bit like the people of the Chinese state of Qin. But the term may have carried a more ominous implication. In the days of the Warring States, before China was unified, Qin was the name of its westernmost territory – a martially-minded, hard-headed soldier state that eventually conquered all the others. In calling the Roman Empire ‘Great Qin’, Chinese chroniclers may have been alluding to a distant threat, further west even than Qin, but potentially even more powerful.

The mission was thwarted partway, probably by wily Parthians who feared that an alliance between Rome and China would crush their own state, which lay between the empires. Instead, the explorer was told that Rome lay across a great sea that would take him three months to cross if he were lucky, or two years if the winds were against him. Perhaps some Parthian merchant hoped to sell him three years of provisions for such a great undertaking, although it seems more likely that he made it to somewhere on the Indian coast, perhaps the Parthian princedoms of Sind, where he received a garbled explanation of the need to wait for the monsoon winds. Whatever the reason, he turned back, reporting that in the west there were many ‘precious and marvellous things’, but he had not seen them. To help out a little, Fan Ye offered his own list of Roman marvels, which included shaven heads, crystal tableware (glass) and ‘kings who are not permanent’ but chosen from a list of the most worthy.

If such reportage seems doubtful or outright apocryphal, we might forgive them for having no other information about particular parts of the world. Historians and novelists, for obvious reasons, are liable to get particularly animated about possible contacts between Romans and Chinese, although certain travellers claiming to have come from ‘Rome’ might have actually been chancers picking an unverifiable home address in their dealings with local potentates.

Fan Ye, for example, also recorded that an embassy had supposedly arrived from Rome itself in AD 166. But reading between the lines of his account of these visitors from the ‘King of Great Qin’, everything starts to sound very suspicious. They claimed to have come from the land ruled by a man called Andun – if they meant Antoninus Pius, he had already been dead for several years, and had been succeeded by his adopted son Marcus Aurelius. Let us give them the benefit of the doubt, and assume that Andun is a garbled reference to the Antonine family. But these supposed ambassadors turned up far away from the Silk Road, on the coast of what is now Vietnam, and if they are the source of the Book of Later Han’s information on Rome, they seem to have known little more than the vaguest general facts about Syria and Egypt, and very little about Rome itself, which was apparently at the far end of a bridge that stretched for dozens of kilometres from Egypt.

They presented ‘tribute’ of ‘elephant tusks, rhinoceros horn and turtle shell.’ None of these commodities sound particularly Roman, nor did they much impress the Chinese, who regarded them as singularly undistinguished. Fan Ye gives the official line, which is that the embassy from Great Qin seemed rather shabby, and perhaps rumours of the empire’s splendour had been gross exaggerations. He even notes, with the faint signs of a disdainfully raised eyebrow, that this distant civilisation apparently makes cloth from the cocoons of ‘wild’ silkworms. He does not appear to have considered that the ‘ambassadors’ were not official diplomats at all, but a bunch of Indian sailors trying it on. Instead, he ends his section on Rome with a literary wave of the hand in exasperation, saying that he has heard of ‘many other peculiar and bizarre things that I will not record.’

An Armchair Traveller’s History of the Silk Road by Jonathan Clements is available now in hardback and on the Kindle (US/UK).