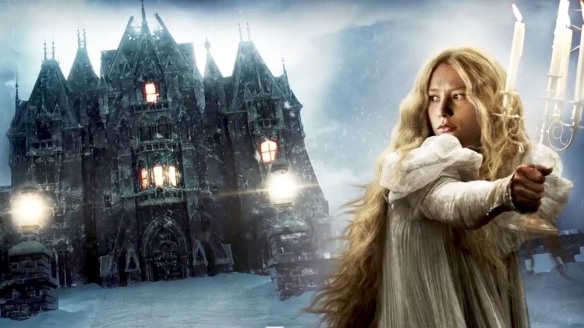 To China, where there are conniptions among Gothic-loving expats about the unavailability of Guillermo del Toro’s Crimson Peak in local cinemas. Initial coverage carped that the Chinese censor was “afraid of ghosts,” which are classified as an unwelcome superstition in the People’s Republic. In fact, the ban hammer was more likely to have come down because of the depiction of a particular relationship in the film [spoilers avoided], as well as the fact that it is scary. The Chinese censor is afraid of fear, for the simple reason that, under the yes/no Chinese classification system, films are either fine for all the family or for nobody at all.

Some of you may be wondering why this column so often drifts off into Chinese topics, when it is supposed to be about Japan. But China is becoming the prime mover of the contemporary film industry. It recently overtook Japan as the world’s second-largest movie market, and could be the biggest by 2018. There are a boggling ten new screens being added to the Chinese market every day. Craig Mazin, on the Scriptnotes podcast called this “the most profound change that has happened to the movie business since the creation of the movie business.” Chinese money is flooding into film production, and Chinese audiences can make or break a movie even if it flops in America. 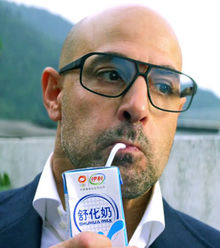 This in turn has led to the phenomenon of hyper-localisation, as supposedly “Hollywood” movies pander to unseen Chinese audiences. Iron Man gets a leg-up from some Chinese guy; the Transformers keep pushing a brand of Mongolian milk; Matt Damon doesn’t get off Mars without the Chinese lending a hand. And have you noticed there aren’t any Chinese baddies anymore?

Pickings have been historically low in the Chinese market. It is only recently that foreign rights holders have been able to cream 25% from their ticket sales, as opposed to the previous, paltry 13%, but 25% of the price on the door, for a film that can be digitally squirted at a million screens in a single day, is real money. Meanwhile, Japanese films, including anime, currently have to scramble against all other foreign films for one of the 34 slots available annually (14 of which have to be IMAX/3D). That was easy in the Miyazaki days, when any Ghibli got an instant thumbs-up. It’s substantially harder when most other Japanese “family” cartoons are hard-wired into a decade-long franchise, and Japan gets such bad press in China. Those China slots are the most valuable real estate in modern movies, and tits and tentacles won’t get a look-in. Does Japan have what it takes to elbow its way in, or is the Chinese market increasingly closed to it?

[Time Travel Footnote: After I filed this article, Julie Makinen of the LA Times published a piece about the Chinese market, revealing that 24 extra films had sneaked in as flat-fee exhibitions, which returned no profit to the owners beyond the original payment. The anime Doraemon was one of them].

Jonathan Clements is the author of Anime: A History. This article first appeared in NEO 146, 2016.