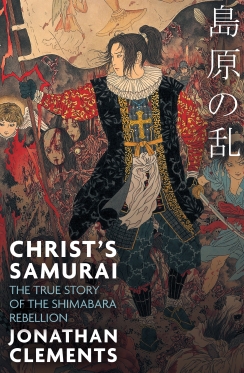 In 1638, the ruler of Japan ordered a crusade against his own subjects, a holocaust upon the men, women and children of a doomsday cult.

The sect was said to harbour dark designs to overthrow the government. Its teachers used a dead language that was impenetrable to all but the innermost circle. Its priests preached love and kindness, but helped local warlords acquire firearms. They encouraged believers to cast aside their earthly allegiances and swear loyalty to a foreign god-emperor, before seeking paradise in terrible martyrdoms.

The cult was in open revolt, led, it was said, by a boy sorcerer. Farmers claiming to have the blessing of an alien god had bested trained samurai in combat and proclaimed that fires in the sky would soon bring about the end of the world. The Shogun called old soldiers out of retirement for one last battle before peace could be declared in Japan. For there to be an end to war, he said, the Christians would have to die.

Christ’s Samurai: The True Story of the Shimabara Rebellion, is available now in the UK (and here in the US). Read extracts here and here.