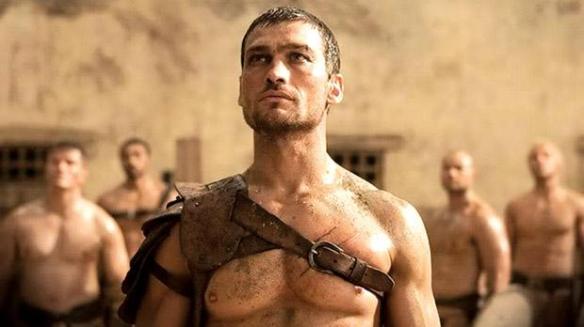 Some historians argue that there have only been three real ‘slave societies’ in human history: ancient Rome, where one in three human beings was held as property; Brazil, where a young Charles Darwin once noted that the sheer number of slaves had caused the ruling class to collapse into complete indolence; and certain southern states in the USA. I’ve always found this to be a little unfair – the definition of a ‘slave society’ seems to be based on very exacting percentages of slave and free, which rather avoids the point that slavery was everywhere. Even in America, arguments over the history of slavery have been largely reconfigured on racial lines, and avoid mentioning, for example, the ‘white cargo’ of English convicts, forced to work as indentured labourers [one reader has taken me to task for even mentioning this, since it is a favourite meme of white supremacists. All I’m saying is that in history, not all slaves have been African. The Roman republic and empire being a well-known case in point].

As Gaius Verres argues in Swords & Ashes, Rome’s slaves are its walking dead. For many of them, particularly prisoners of war, their legal position was a hair’s breadth away from being actually dead, postponed at that brink for as long as their master willed it. The Latin word for slaves, servi, contains within it that sense of having been ‘saved’ from the moment of execution – a doom held in suspension indefinitely thereafter. The concept of a slave rebellion in Rome was tantamount to a zombie uprising.

Newly-minted slaves like Spartacus were always trouble. They were surly, uncooperative, and often did not even speak good Latin. Romans placed a much high premium on vernae, those who had been born and raised in captivity. A verna was much more likely to know his place and appreciate what few advantages his slave status offered him to the alternative, which might be not existing at all.

Vernae were also expensive. A properly trained, skilled slave, young enough to have a good few decades of work in him, would cost the equivalent of high-end car or a small apartment today. It’s not all that surprising when one calculates the value of the labour involved – the cooking and the cleaning and the myriad daily household chores that a slave could perform, all in an age without washing machines or vacuum cleaners. Apologists for ancient Rome have used this fact to suggest that slavery was a relatively benign condition, in which disadvantaged or underprivileged people were given a roof over their head and a job to do, with the hope of eventual freedom, and that only a madman would have maltreated such a valuable investment.

Unfortunately, of course, Rome had its fair share of madmen, some of them even in charge. And arguing that a slave cost a lot of money was not guarantee against ill treatment, as the sight of a crashed Ferrari attests today. Some valued family slaves, like Cicero’s own manservant Tiro, might be fortunate enough to end their lives in relative comfort. Others, particularly the men captured in military campaigns, might find themselves toiling in the deadly conditions of the silver mines, or turned into beasts of burden on the vast, slave-run super-farms called latifundia.

Roman law is a fascinating area – so much of it is like our own, but there are entire areas that are simply alien. What of the status postliminium, introduced to deal with those embarrassing moments when a captured Roman soldier is rescued from the enemy? If a soldier is enslaved during a foreign war, but somehow escapes or is rescued, he is welcomed back as if he has literally been raised from the dead. In Swords & Ashes, Cicero argues that this creates a whole series of other problems. If a Roman soldier can be enslaved and then unslaved, then why not everybody else?

It could be worse. In China only a century before the time of Spartacus, the First Emperor had a slave unit called ‘the hidden offices’, comprising men and women so badly mutilated that they were used as glorified motors, shoved into cubby holes to power fans or open doors all day. I tried to write a Dr Who drama about it once, and got booted out the door for being so ghoulish.

But I don’t think it’s ghoulish to confront the ultimate implications of a society that is prepared to treat people as things. In modern times, we replaced slaves with machines, but began once more to replace machines with people. Has slavery really been eradicated or is it now exported, outsourced, globalised to some far-flung region out of everyday sight? Such questions are what keeps the story of Spartacus so alive for us, even two thousand years after he died.

Jonathan Clements is the author of Spartacus: Swords & Ashes. This article originally appeared on the Starburst website in 2012.

2 thoughts on “The Walking Dead”