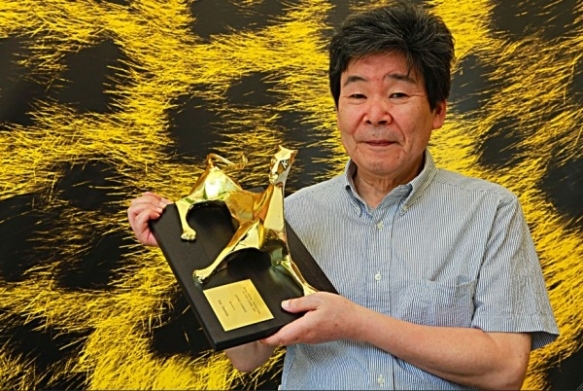 Look for the term Paku-san (“Mr Munchy”) – an affectionate nickname born of the late Isao Takahata’s habit of scoffing his toast on his early-morning studio rounds. It’s a common occurrence in Japanese-language reminiscences and studio memoirs. And reference to it often separated the wheat from the chaff in last month’s rondo of Takahata obituaries.

You’re in safe hands with NEO magazine, for which Andrew Osmond has fashioned a loving tribute this issue, but the coverage of Takahata in other publications has been of variable quality. It’s an interesting sampler not only of how far we’ve come (a lovely Guardian piece by Jasper Sharp, I see!), but of how far we haven’t – far too many clueless paste jobs from Wikipedia. Sadly, they don’t know who they are. Few obituarists, for example, noted that Takahata worked as a producer on both Nausicaa and Castle in the Sky, many accounts of his box-office “failure” Little Norse Prince, made under hostile studio conditions and effectively buried by its own distributors, were hopelessly garbled, seemingly by writers who thought it would be easy to cram such a full life of achievements into a simple list of films he directed.

One news-hound from a well-known British broadcaster inadvisably spammed anyone on Twitter who had mentioned Takahata, asking them if they wanted to come in for an interview. Unfortunately for him, this was all publicly visible, so would-be pundits could see him sucking up to Some Guy With a Blog with precisely the same enthusiasm as he was to Respected Filmmaker. In a marvellous gaffe, he also tried to get an interview with Roger Ebert, who has been dead for five years.

In obituary terms, Takahata might look like an easy grade. There is, after all, a lot of secondary material about him. It’s not like Akira Daikuhara, who died without half of the anime industry even knowing how to pronounce his name. But Takahata is still oddly under-represented in English-language interviews and books. At least one attempt to write a book-length study of Takahata’s work was thwarted in the early noughties by studio recalcitrance – it is not necessarily the fault of English-language authors that some figures are under-represented. Whatever the reason, there’s no BFI classic on Grave of the Fireflies or Princess Kaguya. There’s no translation (yet) of his collected essays, Things I Thought While Making Films. In criticism, as in life, Miyazaki got the attention first, and his friend and mentor was all too often tabled for later.

Jonathan Clements is the author of Anime: A History. This article first appeared in NEO #176, 2018.