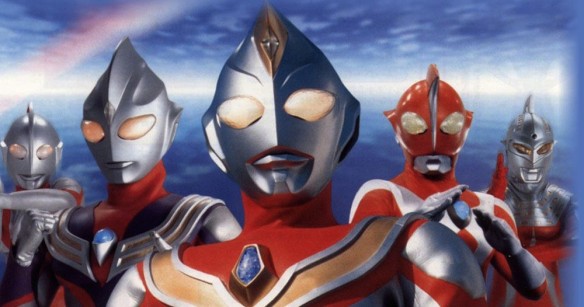 It looks like Christmas came early for Tsuburaya Productions, after the Los Angeles Court of Appeal ruled in the company’s favour in the first week of December 2019. The studio that most famously gave the world the Spandex-clad superhero Ultraman has been locked in a legal battle for twenty-three years with Sompote Saengduenchai, a Thai director who claimed that the late Noboru Tsuburaya, son of studio founder Eiji, had sold him the rights to exploit Ultraman outside Japan.

The judgement affirms a ruling already made in 2017, that the contract Sompote has been waving around since 1996, and claims to have signed in 1976, doesn’t have Noboru Tsuburaya’s real signature on it, and even if it did, makes several suspicious errors regarding the names of Tsuburaya properties. Sompote, meanwhile, has behaved with entertaining evasiveness, refusing to provide the original of the passport that, he claims, “proves” he was in Japan in 1976, and being hand-wavingly vague about what exactly Tsuburaya is supposed to have received in return for this deal.

While all this has been going on, Sompote’s company Chaiyo has not only been making its own Ultraman movies, but also selling merchandising deals and even licensing the rights for US DVD releases with reputable companies. The battle has been fought not only in Thai courts, which ruled in Sompote’s favour in 2009, but also in China, which found the whole thing so confusing that Beijing courts ordered the setting up of an Ultraman Copyright Study Group, and finally swung in Tsuburaya’s favour when it was brought to America.

The mystery remains – did Sompote really travel to Japan in 1976 and somehow secure an international rights deal from Noboru Tsuburaya, a deal which conveniently went unmentioned by anyone, Sompote included, until after Tsuburaya was dead? Or is he lying? Or did he meet someone who claimed to be Tsuburaya, who proceeded to sell him the Japanese TV equivalent of London Bridge? If so, that would make Sompote the victim, and the entire, prolonged shambles merely the fall-out from a scammer blagging a few free lunches.

You might think it all unlikely, but Sompote wouldn’t be the first. I know of one prominent Captain Harlock fan who spent several happy hours getting drunk in a Tokyo bar with a “Mr Matsumoto”, unaware that the real Leiji Matsumoto had given up waiting for him in the hotel lobby and gone home after 45 minutes.

Jonathan Clements is the author of A Brief History of Japan. This article first appeared in NEO #196, 2020.