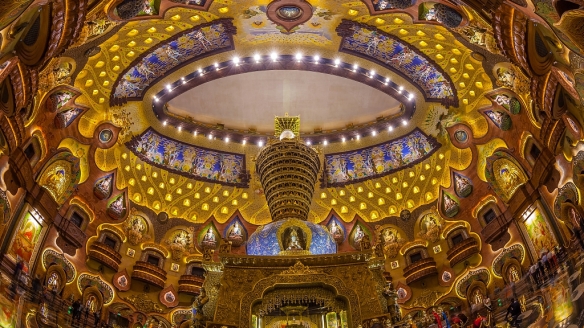 In Buddhist Tourism in Asia, editors Courtney Bruntz and Brooke Schedneck assemble a team of contributors determined to address the turning of temples in Japan, Cambodia, Thailand and beyond into sites that somehow entertain tour buses full of fair-weather Buddhists, people who are just there for a selfie, and the truly devout.

For tourists from both inside and outside China, far too many trips are joyless trudges around identical precincts, accompanied by sullen ruminations about where they are going next, what’s for lunch, or how soon they can duck out and go for karaoke. The sense of being “templed out” is a common malaise. On occasions when I have shown visitors around China or Japan, I have always taken care to make sure that we are never approaching a redline beyond which wherever we are is “just another temple.” Even with those clients for whom a visit is little more than box to tick on a grim series of compulsory sites, I try to limit the number of locations, and to make sure that they mean something for the visitor. Otherwise, why are they there?

Inevitably, there are elements of farce, particularly in accounts of Buddhist tourism in the People’s Republic of China, where the state is professedly atheist, but still supports immense religious pilgrimages in the name of cultural and historical tourism. This leads to bizarre contradictions like Niushou Mountain outside Nanjing (pictured above), a lavish cathedral-like space to rival La Sagrada Familia, knocked up in recent times to house a piece of Buddha’s skull. It’s a breath-taking multi-level sacred space, staffed by “guides” in monks’ robes determined to tell everybody that precisely zero religion is going on, because that would be superstition in the eyes of the Party. It is emphatically not a temple; it is apparently a “cultural tourism zone.” All the chanting, processions and ceremonies you see are hence mere theatre, although whether it is to appease the gods or the Party, your guess is as good as mine.

The powers that be in China want to encourage their own tourists to spend more money locally, and are particularly keen on sacred mountains. After noting that the four sacred Buddhist mountains in China drew three million visitors in 2012, some bright spark wondered if China shouldn’t create a fifth sacred mountain in order to increase the revenue. As Justin Ritzinger notes in his chapter, “Marketing Maitreya,” Buddhism doesn’t have a Vatican that can rule on such notions – instead, in the ultimate test of propaganda, the authorities have to make one up and hope that the public fall for it.

Ritzinger recounts his visits to the two top-runners in the competition to be the hot new new holy hill, one in Zhejiang and the other in Guizhou, and the strong-arming of visitors into making “donations” that are purportedly devotional, but actually compulsory. They don’t care if you are a secret believer or a committed Marxist, they just want a “voluntary” gift of £100. Smartly, Ritzinger relates the whole affair to the work of Pierre Bourdieu – there are “three kinds of capital” in play here, social, economic and cultural.

Courtney Bruntz offers a more optimistic account of modern monasteries, suggesting that a faction within the Buddhist world is playing the propagandists at their own game, taking to digital media like ducks to water, offering online enlightenment and a prolonged, subtle crusade against irreligiosity.

Brian J Nicholls takes things even further, questioning whether there is anything really wrong in the first place with the commodification of religious experience, bearing in mind that the selling of indulgences and, for want of a better word, lucky gonks, has been commonplace for thousands of years. “Running a vegetarian restaurant or a tea-shop is not something so radically new,” he observes, drawing an important distinction between marketing to devotees (xiangke) versus cash-ins for the tourists (youke), and noting, like Ritzinger, that even in the forking over of donations, the capital we are talking about is not necessarily merely money. Nicholls even quips that being able to tolerate the occasional tour bus should be an exercise for monks in comprehending the doctrines of non-attachment and impermanence. Maybe somewhere among the myriad Chinese hells there is a Hell of Trying to Stop People from Taking Photographs of the Mummified Abbot and a Hell of Running the Ice Cream Concession Near the Holy Fountain. 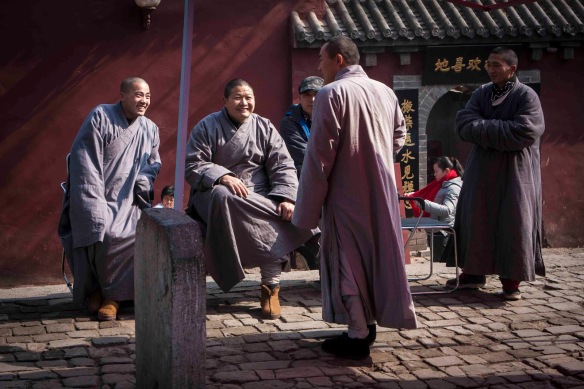 Nicholls points to the Shaolin Temple as the most extreme example of commodified tourism, although speaking as a commodified tourist, for me it was also the best value for money, where a single day was really not enough time to see everything it had to offer. Shaolin is an important site in the history of Zen Buddhism, but also in the history of the martial arts, and I paid for an expensive but deeply rewarding private tour, taking in the temple’s role in Tang history, Chinese medicine, and the spread of kung fu.

If I might lean for a moment, like many of the book’s contributors, on Bourdieu myself, I might even suggest that the main issue at hand is not capital at all, but “distinction”. If you’re the kind of idiot who travels for three hours through the Chinese countryside to see a famous temple, and then jumps for joy because there are hawkers selling plastic machine guns in the courtyard and a cosplay stall that will let you dress up as an emperor, then I don’t much care if you think your ticket was over-priced. In fact, I rather wish that it were a little bit more expensive, enough to discourage such numpties from showing up in the first place.

Which brings us back to the central tensions manifest in many a chapter in this book, that nobody has a casting vote on precisely what the temples are for, and for a certain class of trader (like the man who sells plastic machine guns in the courtyard), the ideal visitor is a fractious seven-year-old, bored out of his mind after a long coach trip, and demanding immediate parental appeasement.

Jonathan Clements is the author of A Brief History of China. Buddhist Tourism in Asia is out now from the University of Hawaii Press.