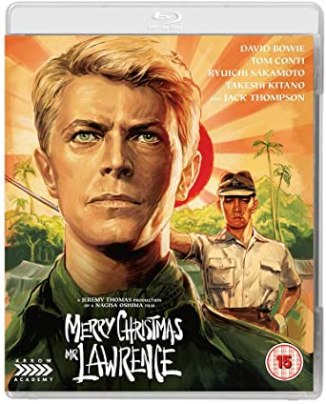 “Have you ever bought a disc just for the extras? A couple of times, I’ve caught myself doing just that – ignoring the film and going straight for Brian Blessed’s commentary on Flash Gordon, or the writers’ chat by Palahniuk and Uhls on Fight Club. There are some films I know so well that I don’t feel the need to actually watch them again any time soon, but I am always up for knowing more about them. And in that regard, the new Blu-ray edition of Nagisa Oshima’s Merry Christmas, Mr Lawrence is a dream come true.”

Over at All the Anime, I dive deep into the Arrow Academy release of Nagisa Oshima’s Merry Christmas, Mr Lawrence, the extras on which are literally three times as long as the film itself.