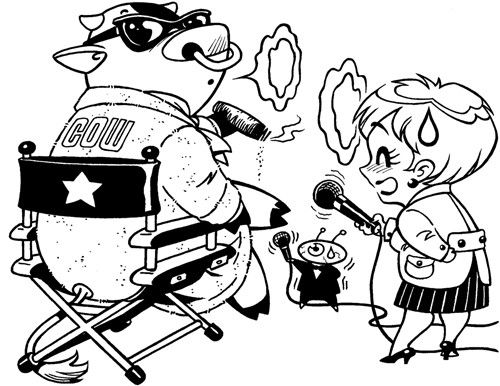 As part of the process of getting Schoolgirl Milky Crisis ready, the Big Giant Heads asked around the anime industry if, you know, a book of my speeches and articles was a good idea. These are some of the very nice replies they got back:

“Insightful and bitingly funny – you don’t have to be an anime fan to enjoy this brilliant book.”
Kimberly Guerre, Founding Editor, Newtype USA

“The secret history of the global anime industry, written by the man who was there from the beginning. Buy this now before they ban it.”
Hugh David, ADV Films

“Jonathan Clements knows his stuff and tells it like it is. His insight into the manga and anime industry is unique, humorous and incredibly accurate.”
Jerome Mazandarani, Manga Entertainment Ltd.

“Some of the most hilarious and strange stories about the industry that its employees dream of being able to tell while keeping their jobs! The court order is in the post.”
Andrew Partridge, Beez Entertainment

“Clements always has the inside scoops, industry truths and straight talk. Even when the powers-that-be don’t want to listen.”
Tony Allen, MVM Entertainment

However, bribing these people took all the money I had, so next week, I will have to answer the email that the Big Giant Heads have sent me, marked, ‘the all encompassing answers to every question I’ve ever been asked…probably’.

Next week I shall also be appearing at the Swansea Animation Days, talking about some of the daft things that happen to anime when money-men are put in charge. I’m giving a speech called Manga No More: Inspiration and Intellectual Property in the Japanese Animation Business, alongside other speakers from the animation world, including representatives from Aardman, The Moving Picture Company and Ed Hooks, the author of Acting For Animators. It’s part of a week-long event investigating all angles of the animation business, but this is the URL for my bit: