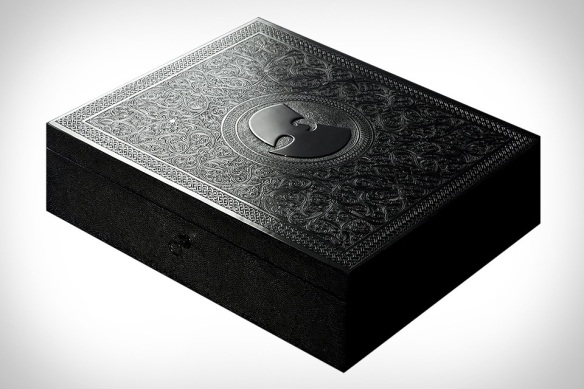 Just in case you’re not following the antics of RZA, Ghostface Killah, Methodman and their chums, the latest album from the rap group the Wu-Tang Clan is a real piece of work. Once Upon a Time in Shaolin is being released in a single copy, in a hand-carved silver and nickel box, currently stored in a vault somewhere outside Morocco. The album is going to go on a world tour, appearing at museums and art galleries where visitors will pay the kind of money they pay to see The Vikings at the British Museum, just to gaze upon it and hear it through headphones. And when the tour is done, a single lucky millionaire will win the bid to own the only copy of the album in the world.

As April Fool’s Day swung around this year, I toyed with the idea of suggesting that Hayao “Ol’ Dirty Bastard” Miyazaki was planning on releasing his next movie in a similar fashion. Except that in many ways this is already how the anime business is starting to work. The only way you’ll see the short film Mei & the Kittenbus is if you make a pilgrimage to the Studio Ghibli Museum, where, if you’ll lucky, you’ll catch it in the bespoke cinema.

Once Upon a Time in Shaolin is a brilliant piece of marketing, and a bold statement about the value of art. It is also a wild and crazy iteration of the debate over getting modern audiences to pay for creative works. It’s the “event” mentality of modern anime, favouring personal experiences and “holy land” sites of pilgrimage, crowd-sourcing with a crowd of one, if you will. If consumers can’t be trusted not to rip and steal, the Wu-Tang Clan are taking that chance away from them, turning their album’s release into a publicity-generating event of global momentum. And has anyone noticed, the Clan will now have the income from a tour, without actually having to go themselves?

Could there be scope for an anime release of such exclusivity that it tours the world in a single film print? Does fandom possess an eccentric millionaire who would, say, lure Miyazaki out of retirement to make one more feature…? Or would the whole exercise go horribly wrong, ripped and uploaded within days? If anime followed the WuTang model, would it be a triumph, or a disaster…?