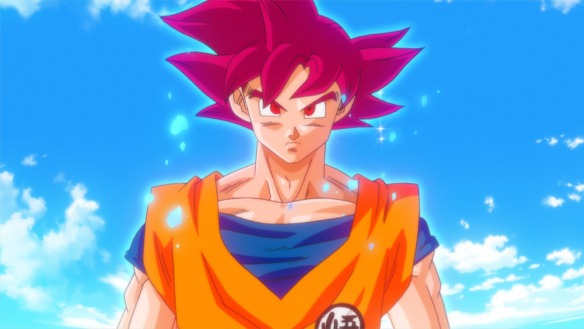 It’s been less than a year since this column (NEO #123) called attention to the intricacies of J-LOP, a funding scheme designed to generate foreign revenue for Japan by helping the translation and marketing industries. Ever since the Aso administration, Japan has been particularly wise to the potential of intellectual property, and the excellent opportunities it offers a recession-hit economy to sell something without actually losing anything, all the better to sell it all again. Renting access to viewers and readers is the ultimate post-modern money-maker, and the Japanese government is determined to encourage the very sort of thing that you, dear reader, love.

Or is it? Already with J-LOP there was the faint whiff of jobs for the boys, with the money being handed in a “trickle-down” format, given to the bigwigs and copyright holders, and then passed on down to their minions. Now comes the news that Dragon Ball Z: Battle of Gods went into production with a new “Unijapan” development grant of fifty million yen. That’s almost £287,000.

Now let’s be honest, Akira Toriyama is hardly standing outside in the street with an eye-patch and a tin cup. Nor is Toei Animation on the skids. Battle of Gods got its money because 20th Century Fox was able to match it pound for pound, but it also came with a guarantee of success – first DBZ film for 17 years, sure to pack Japanese cinemas. Doubtless the movie earned back its money at the box office, and generated plenty of cash and tax and talk. But in backing such a self-fulfilling prophecy, wasn’t the funding body going for the easiest and least risky option? Maybe, if you were a Japanese tax payer, you would welcome the idea that arts funds were going on something that was sure to make a profit, but is that really what arts funding is for?

However, Unijapan isn’t about arts funding, it’s a hard-nosed scheme to generate capital investment. It’ll only give you a maximum of 20% of a film’s budget, which means four times as much money has to come from real investors. Perhaps more interestingly for us, its qualifications for animated productions do not require production in Japan – you can make the whole thing in China if you like, as long as the top staff are Japanese. Hmm… wonder how that’s going to work out…?

This article first appeared in NEO 132, 2014. Jonathan Clements is the author of Anime: A History, in shops now (UK/US).