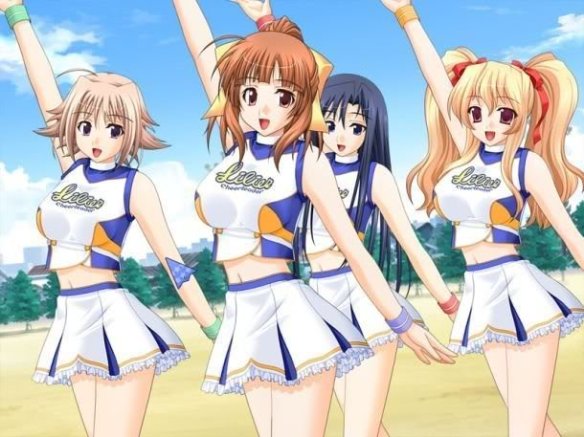 In a plot worthy of a quirky anime show, two groups of feuding cheerleaders have prompted a US court battle that may spell the end of the world. Varsity Spirit, a company that makes mini-skirts and hair ribbons, is suing Star Athletica, another company that makes mini-skirts and hair ribbons. Varsitywants Star to stop copying some of its products; Star has gone to the Supreme Court, protesting that clothes are “useful articles” rather than works of intellectual property, and hence that you can’t put a trademark on pom-poms.

Prepare the drama torpedoes. Varsity has requested a “writ of certiorari”, or in Earth-language, a ruling on whether or not costumes can copy other costumes. If the judges are able to cut through the hair-pulling and face-scratching on this one, they will have to decide who owns a look. The future of dressing up will amount to a show of hands, because an unlikely ruling in Star’s favour would open up the floodgates to shutting down (or at least regulating) cosplay.

The idea is so preposterous that I previously suggested it as an April Fool’s Day gag last year on the Manga UK blog, but the world cosplay community is up in arms about it. Although there has been dressing up in Japan for decades, cosplay as we know it was born from what lawyers call the separability of rights, when Japanese fans in the 1980s realised that copyright didn’t apply to apparel in games and films. And anime companies merrily looked the other way, because cosplay didn’t really hurt anyone. Varsity and Star are fighting this one out because each one stands to make or lose money.

A certain anime company infamously gave up supporting cosplay competitions some years ago, because bosses realised that the participants were too busy sewing their sequins to actually pay for any of the anime products. But even if this ludicrous case was ruled in favour of Star, it would be sales suicide for an anime company to issue an actual cease-and-desist order to costumers, unless they already believed that costumers didn’t buy their product anyway, and that consequently the company had nothing to lose…

Fannish endeavours are only tolerated because they are amateur. And cosplayers can expect the tacit support of corporations for as long as they perform some sort of function. They give people something to do on convention evenings. Magazines get to run pretty pictures next to columns on tedious legal matters. And, supposedly, they function as a form of free promotion for the anime. But as two entrepreneurs recently discovered when they tried to sell camouflage costumes based on a convention hotel carpet pattern, companies will come down hard when you actually try to profit from something they own.

Jonathan Clements is the author of Anime: A History. This article first appeared in NEO #149, 2016.