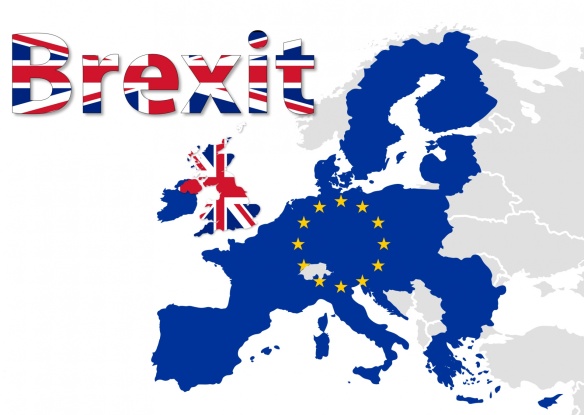 Soon after the Brexit vote, I was knee-deep in a pit of Chinese corpses. That’s not because of Brexit, you understand; that’s my job, making a documentary about human sacrifice in the Shang dynasty. But the cameraman’s phone kept going off with sales offers from British companies, spamming the techies of the film world with their chance to snap up cameras and lenses, RAM cards and drones while the pound was weak.

I cling to the belief that common sense will win out, and that the politicians who lied about the appeal of Brexit are just as liable to lie about their willingness to go through with it. In the meantime, while I’m waiting for all those promised new hospitals to open, and all those immigrants to be kicked out (goodbye doctors, nurses, any chance of a good plumber…), and while I am watching the architects run away from the mess they have created, and Theresa May rising to unelected power like some Cthulhu of Conservatism, I’m wondering about the impact on anime.

Fortunately, as far as most licensing contracts go, the United Kingdom is rarely regarded as “part of Europe”. It is already either treated as a separate entity, or attached like a sixth finger to deals involving the rest of the English-speaking world. For acquisitions agents sitting down at meetings in Cannes, Los Angeles or Tokyo, political divisions are less relevant than DVD and Blu-ray region coding, or online lockout.

Well, in all respects except one – money. Since last month’s issue of NEO, the pound has dropped 10% in value [now 13% –JC], which means all deals currently under discussion are going to cost UK companies a tenth more. Companies are unlikely to pass that cost on to you, so something that costs £18.99 in the high street will still cost £18.99 next month.

But that money has to come from somewhere, and I predict it is going to start to show in the autumn season, not in terms of things you can see, but things you can’t. Companies like Funimation, paying in dollars for world English-language rights, probably won’t even blink. The damage will be felt by those smaller distributors with a UK-only footprint, having to pay extra cash not only for the rights to the anime in the first place, but for the pressing of the discs, currently done in Austria or Poland, and hence payable in euros.

Faced with mounting bills, even without an official date on Brexiting, they will drop whatever tenth title looks the least appealing. They simply won’t pick it up, and you won’t ever find it for sale. They will also think twice about re-pressing any other shows that go out of print. Anything that’s say, six years old, approaching the end of its licence, and unlikely to shift more than a few hundred more copies, will suddenly become entirely unavailable. All of which means, in the short term, buy any old shows you’ve been putting off, before they disappear from the shelves. And in the long-term: you’ll probably need a year’s supply of baked beans and a shotgun.

Jonathan Clements is the author of Anime: A History. This article originally appeared in NEO #154, 2016.

4 thoughts on “This is not a Brexit”