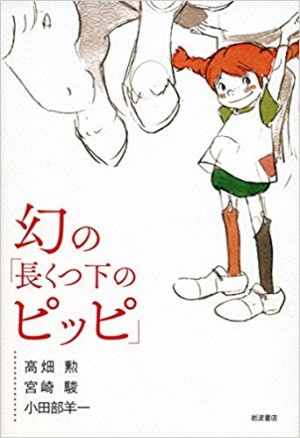 Up on the All the Anime blog, my article on the aborted Pippi Longstocking anime project that caused Hayao Miyazaki, Isao Takahata and Yoshio Kotabe to walk off their jobs at Toei and jump feet-first into the world of television.

“There is no real evidence for [Astrid] Lindgren’s reluctance at the Japanese end, apart from a cryptic comment from Tokyo Movie’s Keishi Yamazaki, who thought that she had once said in a TV programme that Japanese animation was ‘too violent’. Where on Earth she got that idea from in 1971 is anyone’s guess — I like to imagine a Stockholm tea-time coven of famous children’s authors, complaining about foreign cartoons.”