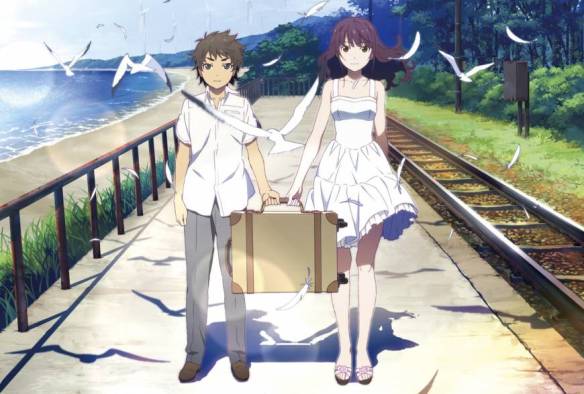 Over at the All the Anime blog, I review Akiyuki Shinbo’s Fireworks, a remake of a Shunji Iwai TV movie from 1993. “Producer Genki Kawamura expected sparks to fly between the main staff members, particularly since Iwai the original writer-director was sitting in with Shinbo the animator and screenwriter Hitoshi Ohne, himself no stranger to helming his own films. ‘It was very exciting sitting in a script meeting with three directors,’ Kawamura told Japan’s Buzz Feed. ‘Punches could fly at you from any direction.'”