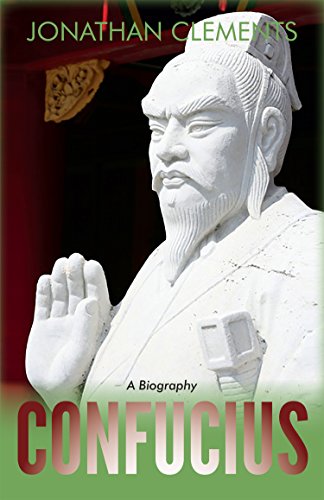 ‘Rich with history and studded with the sayings for which the sage is known. . . Clements uses his considerable story- telling skill to make “the troubled life of a teacher who lived two-and-a-half thousand years ago” come alive.’
– The Asian Reporter

‘Clements reveals the man behind the legend, as well as providing a useful introduction to Confucius’ thoughts and teachings.’
– The Good Book Guide

The teachings of Confucius have survived for twenty- five centuries and shaped over a quarter of the world’s population – his image appears not only in temples across East Asia, but also above the entrance to the US Supreme Court.

Confucius: A Biography reveals unexpected sides of the ancient philosopher – his youth, his interaction with his pupils, his feuds with his rivals and even his biting wit.

This revised edition includes three new chapters on the influence of Confucius in Chinese history, the modernist and post-modernist backlashes against Confucian thought, and its relevance in our world today.