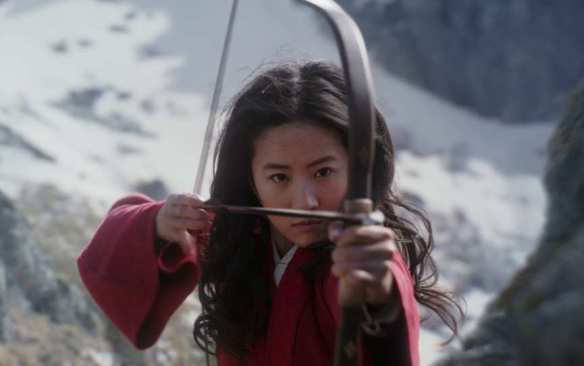 There are cunning forces at work before you even open Chen Sanping’s book on Chinese history. The squiggles on the cover give a romantic title, Mulan and the Unicorn, which is way more evocative than the bluntly descriptive English: Multicultural China in the Early Middle Ages. But that’s just the first of Chen’s points – that our sense of China is compromised by linguistic and historical assumptions, deeply embedded in the very words we use.

Chen’s interest is in the centuries preceding the founding of the glorious Tang dynasty, when China was split into northern and southern regions. Amid Dark-Age climatic upheavals that saw similar catastrophes in Europe, the Han people, or at least, those that had the means, fled south of the Yangtze, abandoning the north to nomad invaders who swiftly rebranded themselves as the new aristocracy. History books are alive with the odd customs and internal conflicts of the likes of the Xianbei – towering slavers whose womenfolk were expected to forge statues from gold to prove their suitability as queens, and to commit ritual suicide on the accession of their princely sons. Strangers in a strange land, they embraced Buddhism (a foreign import like them), and co-opted legions of local collaborators to make them seem more… Chinese.

This foreshadows the Mongols, Khitans and Manchus of later periods, all of whom similarly swept in and set themselves up as the new overlords. Chen suspects that it might also echo earlier dynasties, too, particularly the ancient Zhou, although the historical record may have deliberately garbled much of their foreign-ness.  He quotes here a spine-tingling observation from Allen Chun, that the Bronze-Age Zhou people, founders of much of historical Chinese tradition, once cryptically observed that “the gods do not accept sacrifices from persons who are not of their own race,” as if they, the priestly aristocracy, were from Somewhere Else. Suggestions of “barbaric” traits enduring among the Xianbei, and their Sui and Tang cousins who reunited China in the 6th century AD, were noted by the eminent scholar (and occasional prankster) Paul Pelliot over a hundred years ago, but Chen really runs with this idea in all sorts of exciting new directions.

With a healthy suspicion of the official record, Chen argues that the dynastic chronicles are riddled with outrageous incidents of spin and fake news, as Chinese authors try to excuse nomadic behaviour in a narrative determined to pretend that everybody is Chinese. He reframes the seizure of power by the Tang Emperor Taizong, a bloody coup fought against his own brothers at Chang-an’s Gate of the Dark Warrior (Xuanwu) in 626, as an entirely everyday incident of blood tanistry – among “Turco-Xianbei” peoples, brothers were expected to fight each other for the succession. In passing, Chen also observes that the gate in question was the barracks for the imperial guard – anyone who controlled the Gate of the Dark Warrior would presumably also have the support of the praetorians of medieval China. 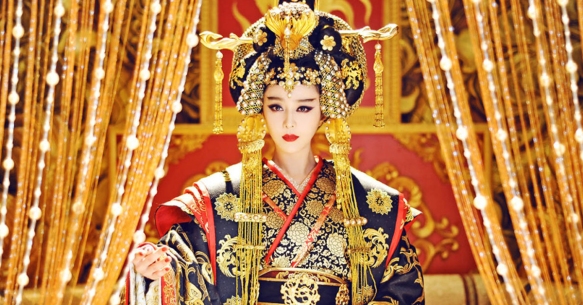 Chen is wonderfully adept at reading between the lines of Chinese history, as chroniclers try to make a “Turkish-leaning” prince sound like a madman, rather than a chip off the old block, and kvetch about women like Empress Wu in positions of power, even though it was the queens who called many of the shots on the steppes. Chen recasts Empress Wu in the context of her Sui and Xianbei predecessors, as a woman for whom ordering the death of her own children would not be all that extraordinary – he’s ready to believe that she did indeed murder her own new-born daughter, which rather undoes all my attempts to make her sound more humane. For Chen, the influence of Turco-Xianbei heritage on the Tang imperial family would stretch all the way to Wu’s grandchild, the Emperor Xuanzong, who had three of his own sons killed on a single day in 737.

In other chapters, Chen gets deeply into historical linguistics, snaffling around for the origins of some remarkably common words, such as ge (elder brother), which he regards as a Turkish import, and nucai (“slave talent”) a later Chinese insult that he believes to have originated in a term for collaborators with invader regimes. Buried in the Chinese language, Chen finds clues to the existence of forgotten Iranian refugees and assimilated Huns, and legions of settlers from Central Asia who swiftly went native if they knew what was good for them.

In one of my favourite passages, he analyses a nonsensical comment in the chronicles, when a Chinese Emperor seemingly started babbling incoherently. But Chen does not see this as a copying error or a corrupted text, but a moment when an angry despot briefly allowed his mask to slip, shouting at his underlings in the language that still functioned as a secret cant among the elite –Chen has a stab at translating what the Emperor was actually saying.

And of course, there is a whole chapter on The Ballad of Mulan, a cross-dressing warrior-woman who loyally served a ruler addressed as “the Khan”, and whose world was so far removed from traditional China, that she is depicted riding on a camel. So, no, not like the cartoon, nor indeed like the forthcoming film. Chen sees Mulan, with its code-switching between Chinese and nomad traditions, its confusions of gender roles and geography as a core text in evoking the clash of alien cultures that defined China’s long medieval period, so carefully air-brushed and redacted by centuries of later authors.

Jonathan Clements is the author of A Brief History of China. Multicultural China in the Early Middle Ages is published by the University of Pennsylvania Press.

3 thoughts on “Mulan and the Unicorn”