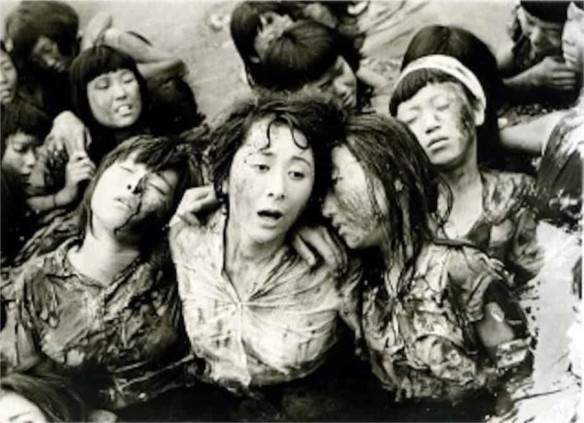 “Hideo Sekigawa’s Hiroshima (1953) uses the tense normalcy of everyday life as a framing device to retell the story of the city’s bombing, not merely the explosion and immediate aftermath, but the stunned reaction of the Japanese authorities to the utmost devastation of a ‘new type of bomb.’ It is plainly intended as a didactic experience, focussing in particular on the young victims of the attack – even its title is written in easy-to-read hiragana, evoking a childish incomprehension of the forces at work elsewhere. To truly appreciate it, however, one needs to understand the politicking and arguments around its release – refused exhibition by many 1950s cinemas, it was buried at the box office, ostensibly for its unwelcome engagement with issues that Cold War Japan was still trying to suppress.”

Over at All the Anime, I review the new blu-ray of Hideo Sekigawa’s Hiroshima.