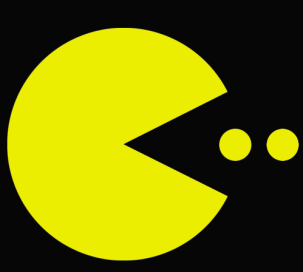 Mere hours before April Fools’ Day, and hence confusing a bunch of foreign pundits, the Japanese contents conglomerate Bandai-Namco announced that it was “opening up” the rights to a number of its classic games titles. From here on, anyone wanting to make a cellphone variant of Pacman, or a sequel to Dig Dug, is welcome to get stuck in, without any of the miseries of, you know, paying for a licence, or dealing with licensors.

This new announcement is an intriguing, and seemingly rather business-savvy extension of the pre-existing rights market, where intellectual property owners expect to cream off around 5% from any licensed merchandise. That Nigerian Astro Boy remake? 5% to Tezuka Pro. That Indian version of Star of the Giants? 5% to TMS. That Overfiend plushie? Go away, that’s my idea.

With a bunch of forgotten titles, like Tower of Druaga and Sky Kid, Bandai-Namco is opening the have-a-go floodgates. Let a hundred flowers bloom! Want to make an animated series based on Galaxian? Be their guest! A Battle City-inspired line of clothing? Go right ahead. After all, what’s the risk? These are corporate-owned titles that the company plainly couldn’t give away for the last 20 years… so now they are literally giving them away. As long as you fill in the correct paperwork and give them their cut, they won’t sue you.

And if a project fails, Bandai-Namco has lost nothing. Just as Amazon will carry almost any self-published Kindle book, on the understanding that even if it only sells 100 copies (which is, believe it or not, the average), the company hasn’t had to work for that money and still gets a cut. Or look at another way. Bandai-Namco has just solicited every company in the creative sector to work for it, for free, while it creams off a stipend. Everybody else will be watching this one very closely. The moment there’s a success story, expect to be pig-piled by imitators.

Jonathan Clements is the author of Anime: A History, and the co-author of The Anime Encyclopedia: A Century of Japanese Animation.