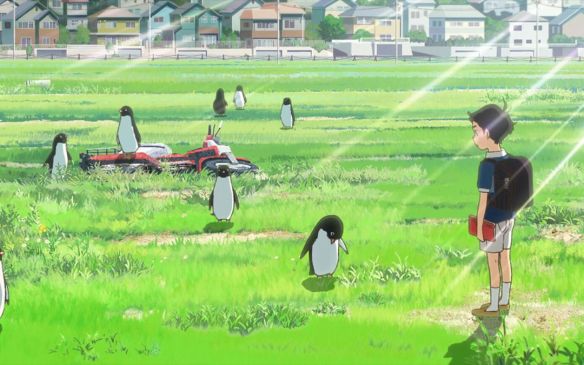 I’m back home from ten days of guest wrangling, crowd control, film-pushing and jury slapping at Scotland Loves Anime, which had a wonderful ninth year. As is becoming traditional, a round-up of the jury deliberations has been released as a podcast, in order to give the public an insight into the kind of arguments and positions involved in selecting a single winner. Jurors Roxy Simons, Kim Morrissy, Callum May and Almar Haflidason had to deal with the trade-off between immediate, gut reaction (which snagged the Audience Award for the weepy I Want to Eat Your Pancreas), versus a more objective, considered assessment (which left Penguin Highway with the Golden Partridge, controversially beating Mamoru Hosoda’s acclaimed Mirai).