Over at the All the Anime podcast, I appear in my role as the jury chairman for the Golden Partridge award in the tenth Scotland Loves Anime film festival. Tune in to hear judges Freya Allan, Michael Doig, Jack Liang, and India Swift defending their decision not to confer the prize on the festival favourite, Weathering with You, but on Masaaki Yuasa’s outside contender Ride Your Wave.

For those interesting in examining the process in earlier years, you can find several previous jury deliberations at the website, including the bunfight over Penguin Highway in 2018, pre-festival discussions in 2017, and the post-festival deliberations in 2017, Your Name versus Silent Voice in 2016, and adventures in filth in 2015. A couple of earlier festival-related podcasts were recorded under the auspices of Manga Entertainment, and no longer seem to be online.

Over at the All the Anime website, I chronicle a decade of faces and happenings at the Scotland Loves Anime Film Festival, including all the things that press listed it as more interesting than: Snoop Dogg, the Abu Dhabi camel races, and a porridge-making competition in Aviemore. 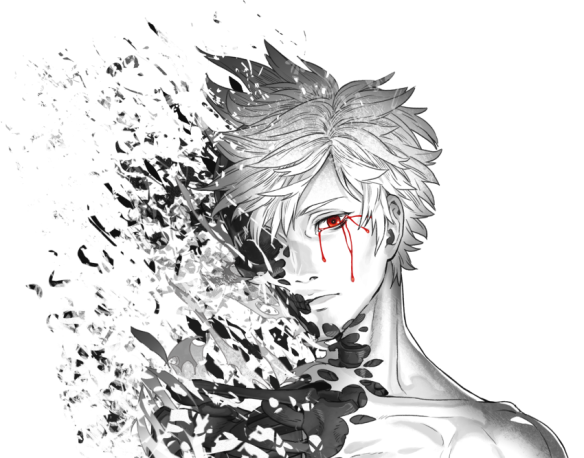 Over at All the Anime, I write up Fuminori Kizaki’s Human Lost, a distaff sci-fi adaptation of Osamu Dazai’s No Longer Human.

“The year… is ‘Showa 111’ – playfully extending Emperor Hirohito’s imperial era as far as the year 2036. But does this mean that this anime takes place in a world where the Showa Emperor has been ruling for 111 years? Is Hirohito still on the Chrysanthemum Throne, a wizened, cyber-emperor in his thirteenth decade, sustained by dark technologies and underhand upgrades?”

“The story is famous, not only for its critical acclaim and awards nods, but because it was considered by Hayao Miyazaki as his next movie project in 1998. When Miyazaki put the idea aside and went on to make the thematically similar Spirited Away instead, Kashiwaba’s illustrator Kozaburo Takekawa publicly accused the Studio Ghibli director of plagiarism.” Ahead of Birthday Wonderland’s UK premiere next month at Scotland Loves Anime, I write it up for All the Anime.

Over at All the Anime, I write up the path to the screen of Kenji Miyazawa:

“It is difficult to overstate the impact of the author Kenji Miyazawa (1896-1933) on Japanese literature, and anime. He was still in his thirties when he died, a largely unknown poet living in provincial obscurity, and only really read outside local newspapers after the publication of a Complete Works a decade later. In the post-war period, which saw most of the Japanese school curriculum bleached and purged of any authors with wartime associations, Miyazawa’s gentle, pastoral tales, suffused with Buddhist imagery, swiftly took root, becoming the set books of an entire generation of schoolchildren.”

I’m back home from ten days of guest wrangling, crowd control, film-pushing and jury slapping at Scotland Loves Anime, which had a wonderful ninth year. As is becoming traditional, a round-up of the jury deliberations has been released as a podcast, in order to give the public an insight into the kind of arguments and positions involved in selecting a single winner. Jurors Roxy Simons, Kim Morrissy, Callum May and Almar Haflidason had to deal with the trade-off between immediate, gut reaction (which snagged the Audience Award for the weepy I Want to Eat Your Pancreas), versus a more objective, considered assessment (which left Penguin Highway with the Golden Partridge, controversially beating Mamoru Hosoda’s acclaimed Mirai).