The top ten reasons why anime are “lost in translation”… 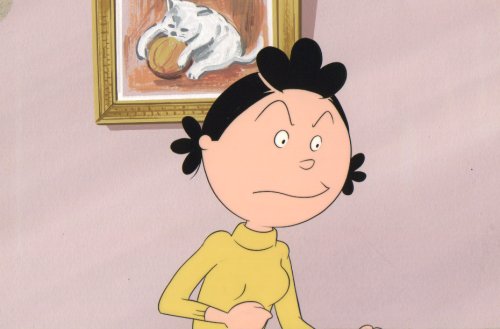 10: Lip Sync and Line Length
Lip Synchronisation, known in America as “fitting the flaps”, is a means of ensuring that the sound of the words being spoken matched the lip movements of the onscreen speaker. This can often lead to the addition of words on the spur of the moment in the dubbing studio – in erotic horror like Return of the Overfiend, this usually means the use of the F-word as a bonus adverb, adjective and noun! Subtitles normally suffer from the opposite problem – the deletion of parts of a script in order to make the lines fit a pre-determined length. Subtitlers must take into account not only the meaning of the line, but the reading speed of the average viewer…

9: Certification
Much more of an issue in the UK than in America, the need to get a show past the British Board of Film Classification inflates the cost of releasing any anime by several hundred pounds in the UK, and can lead to editorial decisions that affect the content of the show itself. The hope of reducing Gunbuster from a 15 to a PG encouraged Kiseki to whip out the sight of bare-breasted chat in one episode. The wish to be allowed to release a show at all forced the same distributor to drop two entire episodes from Urotsukidoji IV. That’s a “loss” of 70% of the entire running time.

8: Ad Libbery
Some anime are not translated at all, like Samurai Pizza Cats, which boasted scripts made up by “writers” who simply watched each episode with the sound turned down and tried to make up a plot that fitted. Commonplace before the 1980s, such improvised scripts are rare today, although some still crop up, such as ADV Films’ Ghost Stories, whose English script was sexed up with some new gags all of the dubbers’ own making. However, almost all anime contain ad libs of some form – many original scripts contain blank spots that are improvised by the Japanese actors on the day of recording. English-language dubbers are forced to choose to repeat the lines as spoken, or to translate the spirit of the script by letting English actors improvise their own new lines. Which is the better “translation”?

7: Semantic Drift
Sometimes meaning can be altered in the translation process, particularly when a phrase is misunderstood or rewritten by an editor who does not appreciate the meaning of the original. Princess Mononoke features a scene in which a character complains that a drink tastes like donkey urine, even though donkeys were not found in Japan during the time that the movie was set. The line was a deliberate attempt to reproduce the effect of the character’s original words, rather than their meaning, which would have made little sense to non-Japanese viewers. The result, however, was to introduce a new and anachronistic emphasis to the line. Life can be even harder in a show like Hellsing, where copyright fears, Japanese misspelling or translator error can alter spellings. Hellsing’s protagonist clearly has a name intended as an anagram of Dracula, although in the English version, an R has been switched for an L.

6: Localisation
Most prevalent in anime from the days before a Japanese origin became a selling point, localisation attempted to hide the origins of Japanese cartoons. Despite the regular appearance of Tokyo landmarks in Astro Boy and Gigantor, early dubs downplayed the show’s setting. Some localisation went to extremes – when Battle of the Planets lost violent scenes due to censorship (see below), new footage was made showing the team’s vehicle flying through space, in order to make it seem more in keeping with the Star Wars-obsessed times. In the Japanese original, the characters never left Earth. Meanwhile, in Robotech, American producers whipped out a whole extra Moon from shots of the sky in the Southern Cross section, in order to imply that it did not take place on an exotic alien world, but on Earth.

5: Repurposing
The 1990s saw a brief vogue for “fifteening”, in which UK distributors added unnecessary swearing in order to get an older, and, to their mind, “cooler” BBFC rating. A BBFC examiner commented that Patlabor, in particular, would have had a much lower UK rating, and hence been viewable by more people, without the addition of swearing that had not been present in the original Japanese release. But anime don’t just have their age artificially raised. Sometimes it is lowered, as in the repeated assurance that dead bodies in Kimba the White Lion are “merely resting”. American broadcasters can be finicky about the use of “real” weapons in cartoons for children – hence the addition of “laser” effects to what were originally normal bullet-firing guns in Gundam Seed. Fans termed the new creations “disco guns” in protest. Similar problems have hounded the depiction of drug abuse, smoking, and alcohol in translated anime, with a drunken character in Star Blazers supposedly swigging “spring water”, and cigarettes mysteriously disappearing from Tenchi Muyo. Characters in Dragon Ball sometimes gain digital pants.

4: Dubtitling
Some companies have based their subtitles on the dubbing script – taking lines that have been extensively rewritten for an English-language release, and putting them up on the screen as if they are direct translations of the Japanese dialogue. This becomes most obvious in those shows where the English audio track adds dialogue of its own – watch some versions of Kiki’s Delivery Service in Japanese with English subtitles, and you’ll see phantom lines “translating” Jiji the cat’s dialogue, even though he is silent on screen, and has much less to say in the original Japanese version. Dubtitling is one of the modern bugbears of anime fandom, although many fans are quick to assume that any deviation from the original script is a dubtitle, when sometimes there might be good reason.

3: Censorship
Some anime just won’t make it to new markets without radical changes, normally for risqué reasons like sex or violence. Sometimes, it’s down to religious sensibilities, such  as the many Bibles turned in occult anime into non specific “grimoires”, or a forgotten episode of Astro Boy in which a secret message is found scratched onto the eyeball of a statue of Jesus Christ. Even those anime titles intended for adults only can fall foul of censors. Anime pornography, by its very nature, tends to seek out areas not already served by the live-action world, which has led to numerous practices in shows such as Night Shift Nurses or La Blue Girl that have simply been snipped out in some foreign editions. Race can be another sore point, with a black character carefully retouched and recoloured to avoid offence in One Piece. Meanwhile, the thick-lipped Pokémon Jynx was regarded as a “Negro” stereotype and dropped from some American broadcasts until such time as she was repainted a nice friendly purple.

2: Humour and Idiom
One of the toughest elements in translation isn’t straightforward conflict and arguments; it’s humour and local idiom. Shows like Excel Saga or Azumanga Daioh, heavy with improvisation and quick-fire wit, often present translators and dubbers with seemingly impossible tasks. There simply isn’t enough time to cram it all in, and if there’s a joke about a Japanese baseball star or politician, it’s a tough call whether to keep it as it is and lose the humour, or change it to a recognisable local reference, which keeps the humour but loses the meaning. Japanese word-order often means that punchlines in translation come in a different part of a scene, while etiquette often prevents characters from using each other’s names, confusingly addressing each other with terms such as Older Sister-san and Honoured Teacher.

1: Non-Existence
Fandom may bitch and moan about supposed errors and localisation glitches, but the biggest “loss” of all is those anime that the West never gets to see at all. Japan produces perhaps 35 hours of new anime every week, and while we do get to see a lot of them, there are still literally hundreds of anime that will never be translated. Old 1970s TV specials, wartime propaganda, and week after week of shows like Doraemon and Sazae-san have simply never made it to our shores at all. It may sound like a very Zen way of looking at Japanese cartoons, but that which we do not, cannot and will not ever see is the greatest loss of all.

Jonathan Clements is the author of Anime: A History. This article originally appeared in NEO #27, 2006.

14 thoughts on “Lost in Translation”