In the year 4341, invaders ransacked the Celestial Empire and placed a child on the Dragon Throne. The last remnants of the Dynasty of Brightness swore to fight them to the death. Their allies were alien creatures with the noses of eagles and the eyes of cats, and giant black-skinned devils from beyond the sea. Their soldiers were former smugglers and pirates, led by the Master of the Seas. His son would burn his scholar’s robes and cast aside his own name to become the embodiment of loyalty. He also became a god. Twice.

This is a true story.

I think there is a story here, but I think you’re looking in the wrong place. The story appears to be not that anime is in trouble, but that anime is doing fine, while television itself is in trouble. If anime fans are early adopters, and one in ten UK residents are torrenting, doesn’t that tell you a whole lot about how fans are accessing this material? Particularly when we consider that so many anime television shows in Japan are aired in the graveyard slot when nobody is watching. So if nobody is watching them in Japan, why do we expect them to be on in primetime here?

Look, I said. Why don’t you talk to Joe Bloggs from well-known Anime Channel? Here’s his email address. He will tell you about the anime channel that he set up, and give you precise reasons why it shut down. And while you’re at it, why don’t you talk to John Smith at Anime Company? Here’s his email address. He will tell you that his company is now bypassing TV entirely and offering direct anime broadcasts to X-boxes, downloads from iTunes and free try-before-you-buy streaming from his own website. Let me put it like this, your premise is that more anime should be on television. I suggest that anime is finding another way to reach fandom, and that television doesn’t have a whole lot to do with it any more. That is sure to be an interesting thing for your tech-savvy readers to think about over their cornflakes.

Alternatively, if that doesn’t sound good to you, why don’t you just pick someone at random in a comics shop, ask them for their opinion, and fill up a quarter of your article with whatever they say? I am sure that the readership of your newspaper won’t mind. It certainly won’t get me into trouble when I am the only person from the anime industry quoted in your article. If anyone complains, you can say that you “didn’t have enough time” to interview everyone worth interviewing. That is sure to impress everyone (er… me) who gave freely of their own time to help you out before you collected the money for writing your article. And yes, that might be why I so often get an awful sinking feeling when approached by mainstream journalists who want to talk about anime, when I realise that I don’t merely have to provide answers, but also the questions. And even then, it’s no guarantee they’ll talk sense.

This article first appeared in NEO #76, 2010. Jonathan Clements is the author of Schoolgirl Milky Crisis: Adventures in the Anime and Manga Trade.

Suraj is a poor boy growing up in Mumbai, under the watchful eye of his sister Shanti and widowed father Shyam. Dad was once a promising cricketer, and is obsessed with turning his son into a world-class player with a harsh training regime. Inexplicably fair-haired rich kid Vikram is an ace batsman from a family of wealth and privilege, who fears the potential of his slumdog rival, and determines to thwart him at every turn as they fight their way through the ranks of Indian cricket, hoping to qualify for the national team.

Suraj the Rising Star is not Japanese, but although it’s made in India for the Colors network, it is based firmly on the classic anime series Star of the Giants. Repurposing the original’s baseball story with wickets and stumps, Suraj allows Japanese investors to capitalise on a tried and tested formula in a new territory, without having to meet any of the standards required of “real” anime.

Story-wise at least, the tropes and scenes in Suraj have been hammered out and refined over several TV serials and many imitators. But Suraj has very little of the dizzying animation techniques of the 1968 original, and often features sequences in which the characters barely move. Backgrounds smudge all too often into impressionistic blurs when Suraj runs jerkily to bowl or catch, and the imagery often drifts perilously close to something someone might have knocked up on Microsoft Paint. But this is precisely the sort of criticism levelled against early anime in Japan, while young fans lapped up the new storytelling medium.

One is swiftly drawn away from the clunky animation to peripheral areas of studied difference – the subcontinental twang of the music, and the casual contrast of glittering modernity with ramshackle slums. Suraj is openly aspirational towards middle-class affluence, signified in repeated product-placement shots of All Nippon Airlines planes soaring above the slums, new-fangled Nissin cup noodles, Daikin aircon units and Maruti Suzuki cars that motor past swish Maruti Suzuki showrooms. Yes, it’s pretty easy to tell who the sponsors are. Suraj is still Japanese where it counts.

Jonathan Clements is the author of Schoolgirl Milky Crisis: Adventures in the Anime and Manga Trade. This article first appeared in NEO #111, 2013. 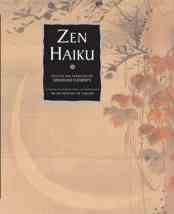 The Dublin City Gallery, the Hugh Lane, plays host on Sundays to free concerts and recitals, and 9th June sees the Triocca  ensemble’s triple whammy of Bax’s “Elegiac Trio”, Ravel’s “Tombeur de Couperin” and the world premiere of John Buckley‘s “To Lands Beyond Time”, six short movements inspired by Japanese poetry, specifically that to be found in my collection of translations Moon in the Pines (a.k.a. Zen Haiku). Good luck Ríona (flute), Nancy (viola) and Geraldine (harp).