Lovely review of my Brief History of Japan from Steve John Powell, up online at Zoom Japan. I’ve never been called “admirably non-judgemental” before!

“…manages to make thousands of years of Japanese history both accessible and enjoyable…an exhilarating ride into the heart of how Japan works, behind the facade of the economic miracle…. this book couldn’t be more timely.” 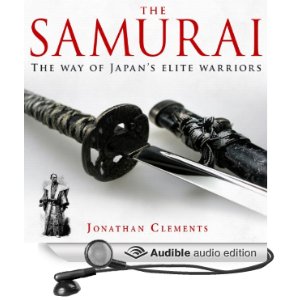 Quite unexpectedly, the Japan Times has just included my Brief History of the Samurai in a recommended list of essential reading for Japan-lovers. “Clements has a knack for writing suspenseful sure-footed conflict scenes: His recounting of the Korean invasion led by samurai and daimyo Toyotomi Hideyoshi reads like a thriller. If you’re looking for a samurai primer, Clements’ guide will keep you on the hook.”

First there was the ice, then came the reindeer – shambling, atavistic giants, pursued by men with spears. In a rush of eleven thousand years, the Finnish National Opera and Ballet’s Kalevalanmaa chronicles what happens next, as heroes fight over the daughters of the north, the land becomes the marches of Sweden and a grand duchy of Russia, and fights for its independence in a bitter civil war. Through it all, the Jack Frost-like child figure of Sisu, the embodiment of Finnish resolve, lurks at the sidelines, urging the characters into action.

Kalevalanmaa is Danish director Kenneth Greve’s parting gift as he concludes his term at the FNOB, a celebration of the Republic of Finland’s first century of existence, rooted in the prehistory of the land and its people. As the audience take their seats, a documentary plays in which dozens of Finns are asked to describe what Finland means to them. Interviewees include everybody from immigrants to farm-hands, and in a moment foreshadowing the bonkerballs about to unfold, a prolonged speech about financial security from a man with his cock out, leading two sheep on a leash. The answers are a flood of contradictory suggestions, a conflict that continues onstage as a master of ceremonies argues with a set builder. What should go into a show about Finland? What will the audience want to see? What will they need to see? 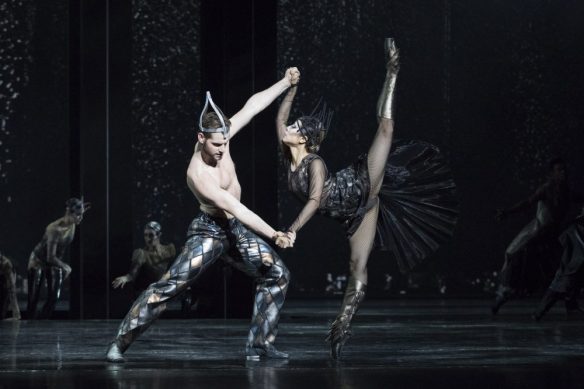 They need to see Värttinä. Take my word for it, if in doubt, throw Värttinä in – that bunch of certified mentalists who have consistently produced some of the best, most haunting music in Finland in recent times. They could have carried the whole show by themselves, and the stage lights up whenever they arrive, even if they’re singing a song about chickens. Backed by a full opera chorus, their “Oi Dai” takes on new meaning – it is both a traditional song and a 1991 oldie, repurposed here as a lament for the depopulation of the Finnish countryside in the 1950s. Värttinä gambol through the whole show like priestesses of cool, stalked occasionally by celebrity accordionist Kimmo Pohjonen.

The Kalevala is, of course, an artificial text – assembled in the 19th century by the folklorist Elias Lönnrot, it supposedly preserves the vestiges of Finnish legend, but arguably owes just as much to the writer’s own life and experience. Perhaps because of this, the creators of Kalevalanmaa have no qualms in shuffling the available imagery, creating the show’s strongest and most compelling subtext. The Kalevala does not stop, as the original does, with the coming of Christianity – religion, in fact, is conspicuously absent from this chronicle of Finnishness. Instead, the Kalevala bleeds into the modern world. The death of the ancient hero Lemminkäinen, and the iconic image of his grieving mother, are presented at the end of World War Two. Musically, too, snatches of song and symphony, Sibelius and Klami are dotted around, sometimes at the time they depict, sometimes at the time of their composition, sometimes at some later date where they seem newly prescient. 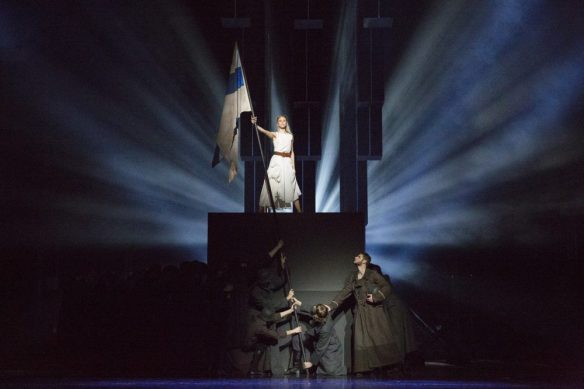 An entire troupe of swans from Tuonela, the land of death, swoop in at the end of the first half to lead the war dead away, while Aino, our everywoman, defiantly plants a Finnish flag in the ground. Ilmarinen, the legendary smith of the Kalevala, is seen in the second half building a post-war veteran’s house and shyly wooing a farm girl. I last spotted Väinämöinen, the god of songs and poetry, at the assembly line in a chair factory, a somewhat Gaimanesque touch as the old world thins and yet persists in the new.

Just as the Kalevala weaves its way into modern Finland, the Kalevalanmaa show invades the theatre itself. Soldiers drop a ladder into the orchestra pit to draft musicians as drummer boys. Tango dancers at a summer party drag the audience into a singalong of Unto Mononen’s “Satumaa”. A 21st century rave pelts the stalls with ticker-tape, and in the grand finale, members of the audience join the cast in dancing into the unknown future. 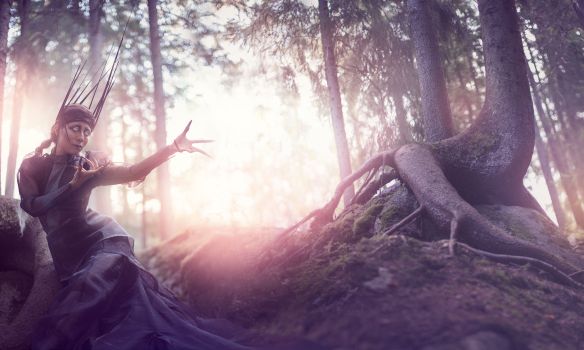 There were, one suspects, enough choices and compromises behind the scenes to make a “Making Of” documentary almost as fascinating as the show itself. I’d love to see the minutes of the meetings where the decision-makers decided what stayed, not only in terms of implied audiences, but what worked best for the story and the more prosaic consideration of what rights were available. It’s a shame, for example, in what essentially transforms into a juke-box musical about the Matter of Finland, combining the myths of the Kalevala with the icons of the long 20th century, that Aarno Raninen’s 1977 Eurovision toe-tapper “Lapponia” doesn’t get a look-in. When Eurovision looms on the stage, it whisks by in a moment of mime – Lordi’s “Hard Rock Hallelujah” would have presumably been a step too far for the Finnish National Opera. There are also enough odd moments of pacing to suggest that certain elements were bodged together, “not quite as well as Strömsö” as a Finn might say. A somewhat awkward prologue and epilogue threatens to ruin everything, at one point literally stopping the show with a Pythonesque apology for how sentimental it is. But this frankly self-destructive quality, hanging a lantern on the jokes and delaying one’s exit with five minutes of pointless faffery, is itself quintessentially Finnish. Greve’s grab-bag of Finnishness is affectionate even when documenting social problems – the men’s chorus get to deliver an impressively drunken rant about the rubbishness of modern life.

The show is framed as the reminiscences of Aino, a centenarian who hence is as old as the Republic of Finland herself, and who supposedly is the only person in the room who knows the Kalevala by heart. I suspect, however, that the true narrator’s perspective is that of the implied audience, and of many of the Finns sat around me – a Helsinki urbanite in her sixties, who thinks fondly of her heyday in the era of post-war reconstruction, and is faintly befuddled by the onrush of the 21st century. This raucous, exciting show is most certainly a gift for the Finns, not from them – you need to be steeped in Finnishness to see not only the touchstones before you, but the manner of their repurposing. In the midst of the Civil War conflict between Reds and Whites, a girl in a blindfold is carried across the stage on a stretcher. This is, any National Romanticist will immediately see, evocative of Hugo Simberg’s painting “The Wounded Angel”, but it is out of time, removed from its original context. My own experiences with Finnish history have taught me repeatedly that many such references are all too often lost on young Finns, although even they will see the significance of a dancing Angry Bird. This is not a show that will go on tour. It will fade away, like the northern lights, into the winter with the last show in February 2018. See it while you can. 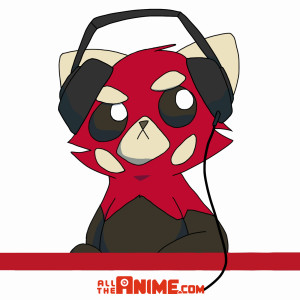 I feature in two podcasts up recently on AlltheAnime. One is the pre-Scotland Loves Anime interview, in which I talk about the politics of hosting Japanese guests, and libel a bunch of industry figures while discussing their peccadilloes. Then, a week later, I appear at the jury chairman in the big jury hoedown, when festival judges Amelia Cook, Rayna Denison and Elliot Page discuss the four films in competition.

Over at the All the Anime blog, I review Frederick Litten’s book on Animation in Japan Until 1919.

“In 160 closely-argued pages on animation in Japan and animation from Japan, Litten suggests that many scholars have committed an error of historical practice by believing the old-time hype. The 1923 Kanto Earthquake destroyed most of the materials of the early Japanese animation world, which leaves historical memory in the hands of the people with a vested interest in being remembered. Although Nobuyuki Tsugata has done fantastic work in reconstructing the life and films of the pioneer Seitaro Kitayama, Litten accuses Kitayama of ‘blatant self-promotion’, and calls into question much of what Kitayama wrote about his own achievements.”