JJ O’Donoghue in the Japan Times covers my new book Christ’s Samurai, calling it “a concise and lucid account of a unique period in Japan’s history”.

Come for the article, stay for the comments! I was worried I might be accused of being anti-Christian, but it turns out that I am an apologist for missionary subversion and a whitewasher of colonialism… according to an online pundit who hasn’t actually read the book.

Out now: Amazon US, Amazon UK.

In a plot worthy of a quirky anime show, two groups of feuding cheerleaders have prompted a US court battle that may spell the end of the world. Varsity Spirit, a company that makes mini-skirts and hair ribbons, is suing Star Athletica, another company that makes mini-skirts and hair ribbons. Varsitywants Star to stop copying some of its products; Star has gone to the Supreme Court, protesting that clothes are “useful articles” rather than works of intellectual property, and hence that you can’t put a trademark on pom-poms.

Prepare the drama torpedoes. Varsity has requested a “writ of certiorari”, or in Earth-language, a ruling on whether or not costumes can copy other costumes. If the judges are able to cut through the hair-pulling and face-scratching on this one, they will have to decide who owns a look. The future of dressing up will amount to a show of hands, because an unlikely ruling in Star’s favour would open up the floodgates to shutting down (or at least regulating) cosplay.

The idea is so preposterous that I previously suggested it as an April Fool’s Day gag last year on the Manga UK blog, but the world cosplay community is up in arms about it. Although there has been dressing up in Japan for decades, cosplay as we know it was born from what lawyers call the separability of rights, when Japanese fans in the 1980s realised that copyright didn’t apply to apparel in games and films. And anime companies merrily looked the other way, because cosplay didn’t really hurt anyone. Varsity and Star are fighting this one out because each one stands to make or lose money.

A certain anime company infamously gave up supporting cosplay competitions some years ago, because bosses realised that the participants were too busy sewing their sequins to actually pay for any of the anime products. But even if this ludicrous case was ruled in favour of Star, it would be sales suicide for an anime company to issue an actual cease-and-desist order to costumers, unless they already believed that costumers didn’t buy their product anyway, and that consequently the company had nothing to lose…

Fannish endeavours are only tolerated because they are amateur. And cosplayers can expect the tacit support of corporations for as long as they perform some sort of function. They give people something to do on convention evenings. Magazines get to run pretty pictures next to columns on tedious legal matters. And, supposedly, they function as a form of free promotion for the anime. But as two entrepreneurs recently discovered when they tried to sell camouflage costumes based on a convention hotel carpet pattern, companies will come down hard when you actually try to profit from something they own.

Jonathan Clements is the author of Anime: A History. This article first appeared in NEO #149, 2016. 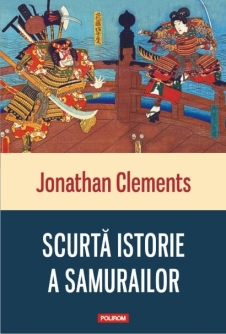 Out now in Romanian, translated by Iuliana Dumitru, my Brief History of the Samurai, with a spiffing new cover depicting the first encounter of Benkei and Yoshitsune. News like this is like getting a postcard from old friends — I delivered this book to my British publisher seven years ago, but every now and then it finds a new home in a foreign country. There have already been editions in Spanish and Italian.

Godspeed, you funky Belgians! We’re back for the game of the year, the Eurovision Song Contest hosted in 2016 by Sweden, the country that never fails to be insufferably smug about winning all the time. And this year, it’s being broadcast in the USA: let’s see Trump put a wall around that.

We’ve already had to say goodbye to Bosnia-Hercegovina’s bacofoil cellist, Moldova’s break-dancing astronaut, Belarus’s naked wolf fondling, and Greece’s inexplicable claim to be the “land of the rising sun”. Categories still resting this year include readily identifiable mullet dresses, and our popular dubstep dance-off, although I am pleased to report that Buddha Jazz Hands is back.

Step One: you will probably need to be quite drunk. Step Two: The following sights will be seen during this Saturday’s Eurovision Song Contest. Can you see them first? Remember to shout it out. Party hosts will need to keep score of who gets what first, or otherwise dish out the forfeits to those that aren’t quick enough. As ever, there is more than one key change, and plenty of orbital cleavage, but this year you have to be quick to catch the subtlest of bimbles. Keep your eyes (or ears) open for any of the following. And when you notice it, SHOUT IT OUT!

In no particular order, in Saturday’s final you should look out for:

(**ostentatious cleavage sufficient to see from a satellite in orbit, which, according to Eurovision bra consultant Tom Clancy, requires a minimum of C-cup)

(***the dancers all pile behind the singer in a line and then fling their arms out, creating a multi-limbed oriental deity-look)

Apologies to American readers, who will have to just imagine what the world’s biggest, gayest song contest is like. Just imagine, for one day every year, Europe gets to behave the way that Japan does all the time. 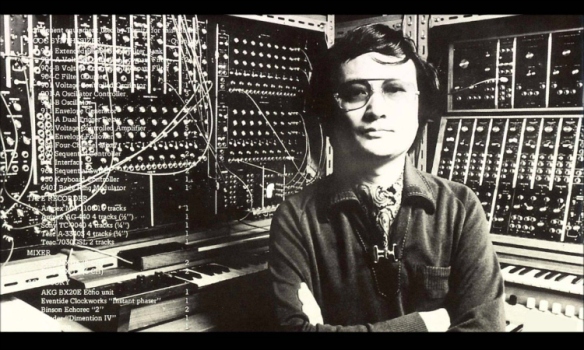 Over at All the Anime, I write an obituary for electronica pioneer Isao Tomita, who also composed the theme song to Tezuka’s Jungle Emperor.

“The 15-track Jungle Emperor album would become the first anime-themed LP, selling 100,000 copies – generating lucrative royalties for Tomita, but also for the unknown lyricist.  The main suspect was animation director Eiichi Yamamoto, leading to further arguments about whether he had written the words during a working day, thereby forfeiting his royalties to the company, or during one of the 250 hours of unpaid overtime he had clocked. Eventually, Mushi’s managers ruled in favour of themselves, fearful of setting a precedent.” 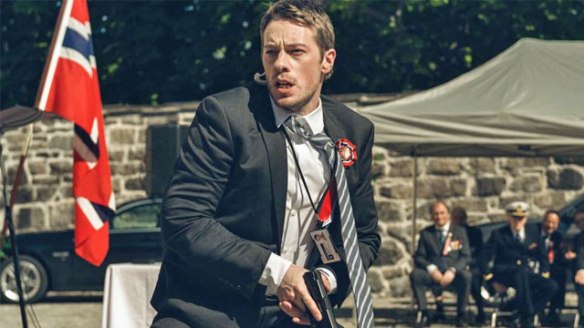 Over at the Science Fiction Encyclopedia, I sneak away from my usual China and Japan entries to write up the Norwegian thriller Occupert (Occupied), in which the perfidious European Union colludes with the nasty Russians to invade Norway.

“…if the narrative of similar Anglophone sf is one of good versus evil and open conflict, Occupert draws instead on a national experience of quisling collaboration, the thinning of everyday comforts and freedoms, and the slow but sure assembly of an effective resistance…”