This week began with two Oscar wins with an anime/manga connection. La Maison en Petit Cubes won the Best Animated Short, while Departures (Okuribito), won Best Foreign Film. Albeit not as widely celebrated in the fan community, the film release of Okuribito was preceded by a manga adaptation in Big Comic Superior magazine, which I covered in issue 49 of Neo last year:
END_OF_DOCUMENT_TOKEN_TO_BE_REPLACED

Schoolgirl Milky Crisis is published today in the United States, three mystifying days ahead of the British release date. But since the book was printed there, I don’t suppose it does any harm to let the Americans at it before the British.
END_OF_DOCUMENT_TOKEN_TO_BE_REPLACED

I tried to say it politely. The Japanese author had spelt two names wrong, misdated a crucial release, and assigned a famous quote to the wrong director. For no extra charge, I had footnoted those problems on the translation and sent it off.

A curt missive arrived from Big Anime Company telling me to put the mistakes back in. It turned out that the author was someone’s uncle and very high up in the company. He’d thought that “TENTACLY YUM YUM BYATCH” was the perfect tagline to use on the box for a U-rated fairy tale about a girl and a pony. And nobody was going to tell him that he was wrong.

It’s a symptom of a disease that many people don’t even know they’ve caught. I call it the Blu-ray Blues and it’s taken five years to take hold. Because, you see, now we can fit 30 languages on a single disc, it makes sense for it to be a single release, mastered in Japan. In theory, this is great news for anime. In practise, however, right now there are a dozen people in Tokyo offices saying that foreigners are stupid and don’t know how to sell anime. If anime has not lived up to the unrealistic sales predictions of its marketers, then someone must surely be to blame, and the blame traditionally falls on anyone who isn’t Japanese. If the Japanese only get to micromanage every part of the business themselves, surely international sales will suddenly go through the roof?

There are people who think they can do a whole lot better if they just run everything out of Japan. But that brings an irresistible temptation to treat the rest of the world in the same way that Japan is treated. That means much less material on each disc, and sold at a higher price. It means attempts by PR personnel to censor magazine articles. And while it might mean better control of translation, in my experience so far it has merely meant that an entire echelon of useless stuffed shirts have been able to fiddle with localisation.

These people are known as the Window Tribe. The guys passed over in promotion who are just marking time in the office. Fiddling with foreign deals is their sole pleasure, because they can do it without attracting attention on their home turf. Once, they were only able to dicker with contracts or haggle over royalties. With localisation now based in Japan, those self-same ditherers will have a new opportunity to justify their jobs, by offering their worthless opinions on translation.

There have been a lot of lay-offs in the anime business this year, and they have largely come from the gaijin middlemen – the human buffer zone between you and the Japanese corporations. They were the ones who shook your hand at conventions, and they were the ones who tried to make sure that scripts, taglines and extras were not… well, laughably inappropriate. And they were the first up against the wall when the Blu-ray revolution came.

I hope this all works out, really I do. Because there is a very real risk that the centralisation of the anime business back in Japan will actually hurt it far more than it helps.

Jonathan Clements is the author of Schoolgirl Milky Crisis: Adventures in the Anime and Manga Trade. This article first appeared in NEO magazine #51, 2008. 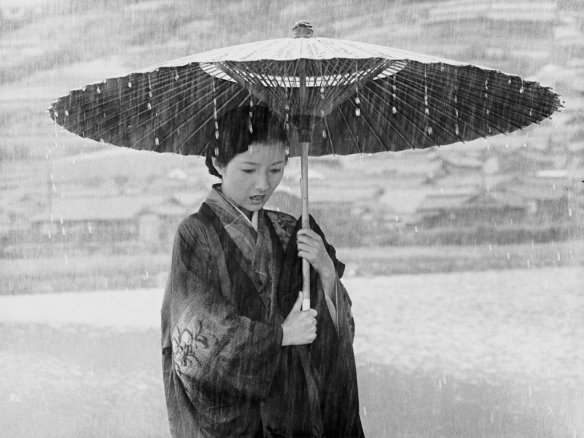 In the year that Kurosawa’s Seven Samurai was scooping up accolades in the English-speaking world, it was passed over in Japanese awards lists in favour of another film. It was Keisuke Kinoshita’s unapologetically sentimental 24 Eyes that walked away with the Kinema Junpo award for Best Film of 1954 – a decision that endures today as a yardstick of the difference between foreign critics and the interests of the average Japanese moviegoer.

END_OF_DOCUMENT_TOKEN_TO_BE_REPLACED

This article first appeared in Newtype USA magazine in July 2007.