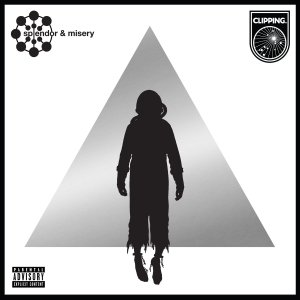 Up now at the Encyclopedia of Science Fiction, I add three new entries about modern issues in science fiction — the Hugo-nominated rap album Splendor & Misery, the controversially whitewashed Ghost in the Shell, and the “maliciously” reviewed Great Wall. I’ve still got a bunch of Japanese science fiction authors to add, but these three were just a little diversion to keep me busy over Easter. 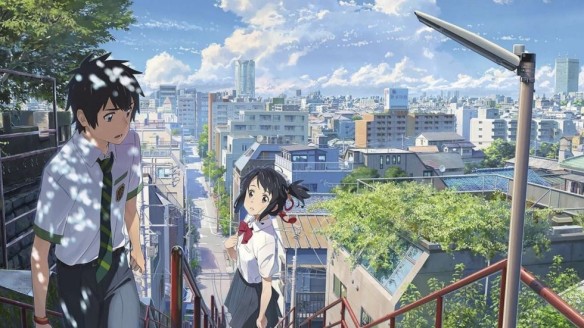 Over at the All the Anime blog, I review Tadashi Sudo’s just-published book on disruptions to the Japanese animation business.

“Sudo’s book is no simple statement of the obvious. Despite its pocket size, it is an admirable synthesis of two decades of anime business writing, and of the immense changes wrought upon the industry by developments in technology and shifts in demographics. China is, sensibly, a huge part of his argument, as he deals with the seemingly unsolvable problem of pushing Japanese products into a marketplace with willing fans but hostile gatekeepers. He not only points to the disruption of traditional models, but also the growing influence of the likes of Netflix and Amazon in how anime is watched, and how it is funded in the first place. He also deals directly with issues of single personalities, and how they might be expected to influence the business.” 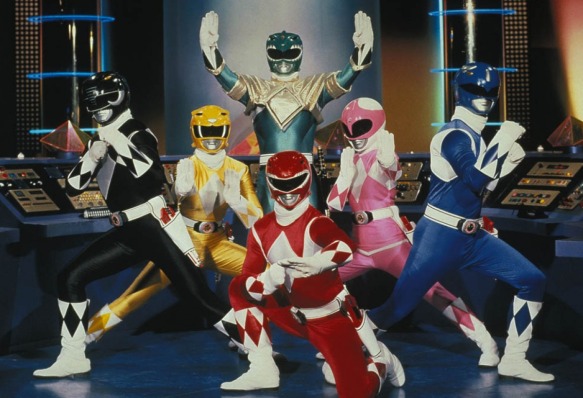 When astronauts accidentally free evil sorceress Rita Repulsa from 10,000 years of stasis, she resolves to take over the world. Only five (er… six) “teenagers with attitude” can hold her and her monsters back, suiting up as the Power Rangers to save the planet.

With a little bit of Thunderbirds and a little bit of Battle of the Planets, Japanese toy companies tried to find a winning combination that would maximise the potential of an action-packed kids’ show that would sell action figures. They first hit on the magic formula in 1975, when Masked Rider creator Shotaro Ishinomori brain-stormed Secret Battle Team Go Ranger, a bunch of super-powered, colour coded heroes who came accompanied by a toy line of matching vehicles. Thereafter, there was a “sentai” (Battle Team) show every year, each with a different unifying theme, everything from playing cards to Egyptian gods, and in the case of the 1979 Battlefever J, dance steps – including a Russian cossack and a disco-themed all-American girl.

There were a few experiments with Ishinomori’s template, but it was soon relatively fixed. A five-strong battle team would pilot signature vehicles that combine into a super-vehicle, all the better to encourage parents to buy the whole set. They would fight a series of crazy monsters-of-the-week, and there would usually be a “shock” discovery halfway through when one of the baddies switched sides. As for the toys, the uniforms would change just enough each season to make last year’s models seem like old hat. The moulds at the toy factory would make a slight adjustment to helmet design or giveaway weapons, and last year’s Red Ranger simply would not do

Producers Haim Saban and Shuki Levy struggled for years to find a way to transport the franchise over to America. They finally struck gold with 1992’s Dinosaur Battle Team Zyu Ranger, when they realised that they only had to keep the fights and monsters. The original Japanese heroes were thrown out, and replaced with all-new footage of all-American teens off-duty in everytown Angel Grove, chosen by the enigmatic Zordon to defend the Earth from the cackling Rita Repulsa.

“Oh… kids, y’know, they’re really funny,” Pink Ranger Amy Jo Johnson once told me. “But I mean Power Rangers has got everything that they look for in a show. It’s got dinosaurs, monsters, real kids they can relate to, bright colours.” Although it’s easy to overlook today, it was also worthily inclusive, with the WASPy leads accompanied by a black colleague and even Vietnamese girl Trini (although famously her boobs disappeared when she transformed, as her counterpart in the Japanese original was played by a man).

Despite its square-jawed genuflections towards love and peace, Power Rangers was also a fighting show, and inevitably there were tears at bedtime when toddlers in the Midwest tried to imitate a flying kick against a Putty Patroller. And yet, for an entire global generation of six-year-olds. Power Rangers was a veritable religion. It’s difficult to comprehend, a generation later, just how deep an impact it had on its young audiences. Most traumatic to many youngsters was the sudden disappearance of the Green Ranger, a figure who started as a bad guy, but then became arguably the biggest hero of the original line-up.

“Oh yeah!” remembered Amy Jo Johnson, “I mean, first season the Green Ranger leaves, but the kids went mad, so they bring him back. I mean, we had mothers calling up saying ‘My little boy won’t come out of his room.’ God!”

The problem was managed out of existence by finding new reasons to splice the former Green Ranger back into the show. Actor Jason David Frank came back as the White Ranger, two different Red Rangers and a Black Ranger in later seasons. Power Rangers and its Japanese counterparts have become increasingly hybridised in later years, with the Japanese actively contributing to the American (and more recently, New Zealand-shot) footage, swapping stuntmen and planning ahead for integrating characters. This year’s Power Rangers Ninja Steel is a respray of a Japanese original from two years ago. If you want to know what Power Rangers will look like in two years’ time, then Space Battle Team Kyu Ranger is running on Japanese telly at this very moment 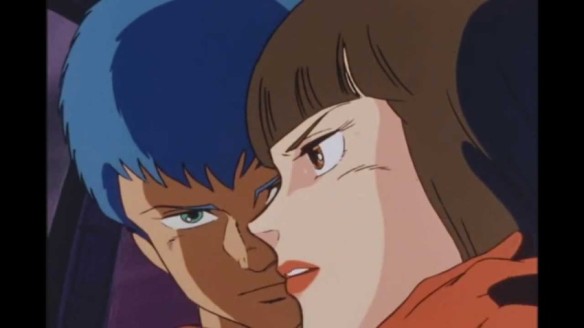 In case you missed it over at the All the Anime blog, my obituary of the character designer and illustrator Norio Shioyama, who died last week.

‘“I wonder if that wasn’t the spirit of the times,” he said. “Everyone was ready to work their hardest, to do their best. The result made Japan the second-largest economy in the world, but I think we lost something. We got colder.’ 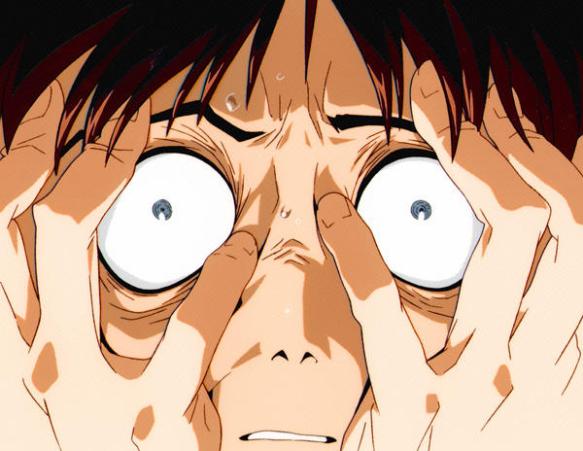 It was an odd internet scandal even by the standards of our post-truth age. Donald Trump’s press secretary, Sean Spicer, a man whose grasp of the truth makes Comical Ali look like George Washington, was “outed” in January by the Kotaku fan site, whose minions had been trawling his social media posts looking for something to laugh at. They found it, seemingly, on his Twitter feed for 2013, where he had been enthusiastically hash-tagging a Gundam costume he saw at Katsucon.

Could it really be that, in the year that America jumped the shark, the frowning White House press secretary was a recovering anime fan? And if so, could it be that he was That Guy… you know, That Guy? 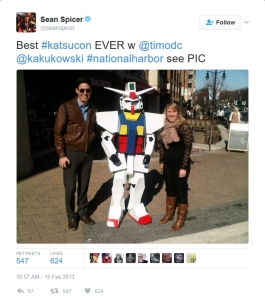 No, I didn’t know That Guy, but enthusiastic chatter soon enlightened me – a man at American conventions of a few years back, who dressed up as pathological whiner Shinji from Evangelion. What better illustration of his oft-repeated catch-phrase, “I Mustn’t Run Away”, than appending it to a picture of Spicer standing before the press corps, unreliably informing them that black was white, that crowds were much more biglier than people remembered, and that Evangelion 4.0 was sure to be released very, very soon?

Anime fandom was awash with giggly glee as they tried to hunt down five-year-old cosplay photographs. High-level nerds were put to work on facial recognition software. Everybody was mobilised to get him… but I didn’t understand what for.

“Wait,” I asked. “If that’s really Spicer dressed as Shinji, why would you laugh at him? Because he’s a cosplayer? Because he likes Japanese cartoons?” Isn’t that shooting all your fellow anime fans in the feet? It seemed like an oddly mean-spirited and self-destructive form of protest, discovering that one’s enemy was a bit like you, and then laughing at him for it.

Spicer and I are the same age, and the world is a small place – it turned out we had a mutual acquaintance. He’d been a hard-core otaku at the same college as Spicer, and reported that he had zero interest in anime in the 1990s. If he were a fan, he was something of a late bloomer, and these days probably had other things on his mind than assuring people they have five minutes until the planet explodes. But fandom should lay off trying to shame itself.

Jonathan Clements is the author of Anime: A History. This article first appeared in NEO #161, 2017. 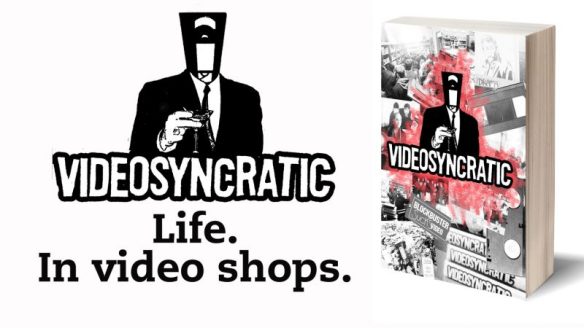 Up now on the All the Anime blog, my review of Jon Spira’s Videosyncratic, an account of life in the video rental trade.

“I am already encountering students and researchers with no memories of the media of the 20th century, who never had to fast-forward through a Simon Bates warning; who can pause and rewatch with pinpoint accuracy; who do not appreciate the concept of waiting, of not bingeing. They need to read this book.Spira helps ground his readers in a historical context by rewinding way, way back, to the kind of customer journey his great-grandfather would have had to go on to see a screening of Fritz Lang’s Metropolis in 1927. He’d have had to dress nicely, and get the bus into Central London, and sit through the preliminary programme with its Wurlitzer serenade and newsreels, and concentrate really hard because he was unlikely to see it again. And today? As Spira notes, you don’t even have to get out of bed to be able to access a bunch of variant Metropolis movies on your phone. Some of which, you don’t even have to pay for.

“But Spira is interested in his own culture of entertainment. More specifically, the generation spanning 1983 to the early 2000s, the first generation that was effectively given control over exhibition. For people of Spira’s era, the VHS cassette could turn your home into a cinema and your lounge into an archive. It was, as Yasuo Nagayama observed in his history of Japanese fandom, a huge disruption to the nature of film-watching all over the world, equivalent, in his words, to ‘the discovery of time travel.'”