Necromancy, ten years of NEO, and the carrot of continuations on our 27th podcast

Jeremy Graves is joined by the fragrant Gemma Cox of NEO magazine, the pungent Andrew Partridge from Anime Ltd, and the newly doctored Jonathan Clements to discuss Scotland Loves Anime, the Boom Boom Satellite Distraction Device, and rogue robot tanks. You can download the podcast here.

04:30 Dealing with a film festival in the shadow of Ghibli.

11:30 The miseries of live television.

16:30 The true nature of the Golden Partridge Award, soon to be renamed the SLA Glass… Thing.

22:00 Bayonetta and evocations of the beer-and-curry era.

25:00 Trigger warnings in The Wings of Honneamise. Berserk 3 and the “carrot of continuations.”

32:00 A young lady’s primer to fan service and fighting the patriarchy. Questions on the nature of the Noitamina target audience, and plugs for Psycho-Pass and Rolling Girls. Why do less women get promoted to anime director?

41:00 Gender demographics at NEO and Scotland Loves Anime. The flexibility of the female audience, and the desirability of girls in bikinis saving the world from aliens.

45:00 Just how involved is a “supervising” director?

46:30 The audience turn-out for Ghost in the Shell. The suggestion that fandom is a non-renewable resource. The longevity of Cowboy Bebop, outliving the television technology that originally screened it.

52:00 Celebrating ten years of NEO magazine with the 130th issue. The haptic luxury of print magazines, versus beaming digital data into your brain. The international reach and originality of the long-running Manga Snapshot feature. Deciding what goes on the cover, and the perennial problems of timing content to available releases and images.

68:00 Why commissioning your own artwork isn’t always the answer.

73:00 Paper quality, fonts and leading – a bunch of things that nobody ever thinks about.

79:00 One more round on the whirligig of the “Manga” Entertainment name controversy.

81:00 The scandalous secret behind NEO’s recipe column. The tax-deductible nature of a “research” trip to Hooters.

85:30 The difficulties of knowing more than one’s readers when the readers have got all weekend to torrent, stream and binge the latest shows.

87:30 The desirability of “balanced” reviewing. What can we learn from Australian Vogue…? Would you buy a DVD compared to “colonic irrigation with cheap caustic soda” or with a review that promised “another shouty advert for stuff you don’t want”?

94:00 How do you define a star rating? We are 87.5% certain we know the answer to this question. The spoilerific nature of Sight & Sound and “the conversation.”

102:00 The need for necromancy in reminding fans of forgotten simulcasts. “Not all people live in the same Now.”

105:00 The perils of online search bubbles. Sting’s informational message for the future and the nature of the “closed circle of consumption.”

And we’re out. The Podcast is available to download now HERE, or find it and an archive of previous shows at our iTunes page. For a detailed contents listing of previous podcasts, check out our Podcasts page.

For several years, I have been writing a column in Neo magazine called Manga Snapshot. Every month I take a different Japanese comics anthology magazine and literally take it apart, examining everything from the paper quality to the adverts. There are so many comics magazines in Japan that despite running now for four years, Manga Snapshot has yet to repeat a title. I’ve covered all the usual magazines for boys and girls and housewives, and the usual niches like romance and war comics, but also weirder areas. Detective stories for lonely Goths, educational golfing magazine containing nothing but manga about golf, a magazine entirely devoted to mahjong… several of these were reprinted in the Schoolgirl Milky Crisis book, and in the event that there is a Schoolgirl Milky Crisis 2, there will be many more of them.
END_OF_DOCUMENT_TOKEN_TO_BE_REPLACED

To Belgium, where one of the most chilling stories in the manga world continues to bubble beneath the surface. In late September 2007, two walkers in the Brussels Forest district’s Dudenpark investigated a strange smell. They stumbled across the mutilated remains of a human body and called the police.
END_OF_DOCUMENT_TOKEN_TO_BE_REPLACED 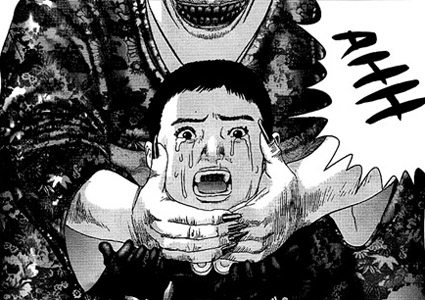 There’s a new way of watching television. It’s the one that doesn’t involve television at all. TiVos and smart boxes have changed some viewing habits, while online downloading has completely turned them on their head. People have stopped trusting broadcasters and started making their own choices about what’s going to be on the box on a weekday.
END_OF_DOCUMENT_TOKEN_TO_BE_REPLACED 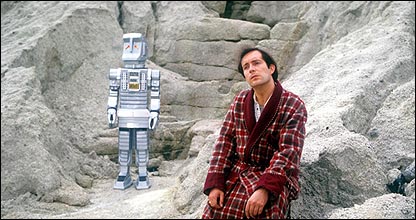 Occupying my attention today in the time hoover of the interwebs, a discussion about the unreleased game based on Douglas Adams’s Restaurant at the End of the Universe.
END_OF_DOCUMENT_TOKEN_TO_BE_REPLACED

“Oh, you just wait!” she said. “Our exhibition has got all kinds of manga stuff in it. But the coolest part, the really amazing part, is an Adults Only bit. I mean, don’t get me wrong, we understand that manga and anime cross over all kinds of genres and areas, and that there’s manga for kiddies and manga about pets, and manga for old people as well. So we get that. But we also know that the adult stuff is part of the whole picture, and we don’t want to leave that out.”
END_OF_DOCUMENT_TOKEN_TO_BE_REPLACED 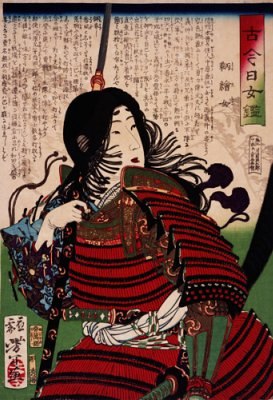 Sadly, it wasn’t the first time I had been called in to translate from English to English. The Japanese producer had once spent three years at University College London and was fully fluent, but he wasn’t quite getting through to the American producer. By the time I arrived they were talking at insanely cross-purposes.

The American thought he had the greatest idea ever: a samurai drama about a girl in Japan’s medieval wars – a woman warrior in the midst of all the conflict, kicking arse and taking names, all done in that wonderful anime style we hear so much about. All he needed was a co-producer. So he’d gone to a big Japanese studio and offered them the Chance of a Lifetime to invest in his brilliant idea. The Japanese had told him to get stuffed, but had done it so politely that he hadn’t realised.

The big issue, as far as the Japanese were concerned, was that the American was offering them nothing. Worse than that, he was pitching them something that they already had, and then adding a pointless extra to justify his name on the credits. It was like me offering to tell the true story of Prince Charles and Lady Di, but from the perspective of their previously unmentioned cousin, Hagbard the Barbarian. Why were the Americans inventing a samurai heroine when there already was one in the historical record? Her name was Tomoe Gozen, and if the Japanese decided to make an anime about her life, they wouldn’t really need any help from abroad.

In fact, the Japanese were rather affronted that the Americans had suggested it at all. Their own company had made a very similar show, which we shall call Schoolgirl Milky Crisis, only two years earlier, and the breathless excitement of the foreign offer seemed to come from a producer who had no knowledge of what the Japanese had already made and recently sold. It would be like me calling up Zack Snyder and saying: “I know, why don’t you do a film of Watchmen!”

The Japanese honestly didn’t know where to begin, and left it to me. I tried to point out that there were already a lot of manga in Japan. The Japanese are up to their eyeballs in Japanese comics. They don’t really need anyone else’s help coming up with new ones. They’ve got that pretty much covered.

Instead, they offered the American an olive branch. If you think this is such a good idea, they said, go away and publish that comic. If it’s so good, it’ll be a bestseller, and then you’ll have people beating down your door to film it.

The American was baffled.

“But it’s a good idea!” he protested. The Japanese sucked air in through their teeth and began to bow their way out of the room.

“What did I do wrong?” the American asked me accusingly. “All I wanted was a coproduction deal. I bring the world-beating idea, and the Japanese bring the… well, the money. And do all the work. And then I tell them if they’re getting anything wrong.”

Yes, I said. I can’t imagine what put them off.

Jonathan Clements is the author of Anime: A History. This article first appeared in NEO #58, 2009.

To Canada, where being an anime or manga fan has become an increasingly difficult enterprise over the last four years.

The origins of the problem, such as it is, lie back in 2005, when a man from Edmonton, Alberta was convicted of importing material depicting children committing sexual acts. Specifically, they were comics from Japan – so here we go again. He was put on the sex offenders’ registry for five years, given a suspended sentence, 100 hours community service and fined $150. He had broken Canadian law and he paid the penalty.
END_OF_DOCUMENT_TOKEN_TO_BE_REPLACED 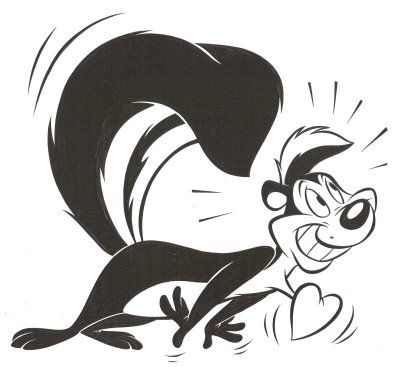 In science fiction and related fields, it was once possible to smell demographic changes. The old Forbidden Planet basement used to stink of wet dog, Wotsits and monosodium glutamate sweat. Suddenly, in the mid-1990s, it began to smell of peaches, lemons and vanilla. Had they finally fixed the air conditioning? Nope, but The X Files had brought in a sudden influx of female fans, and they… you know… washed.
END_OF_DOCUMENT_TOKEN_TO_BE_REPLACED