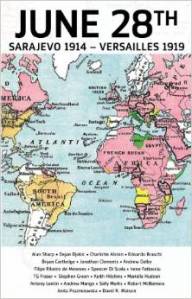 Just arrived in the mail this very moment, my contributor’s copy of 28 June: Sarajevo 1914-Versailles 1919 — The War and Peace that Made the Modern World, edited by Alan Sharp. It’s a country by country analysis of the outbreak and end of World War One, largely by many of the authors who wrote books in the Makers of the Modern World series. As the biographer of both Wellington Koo and Prince Saionji, the youngest and eldest diplomats to make a splash at the Paris Peace Conference, I have two chapters in this collection, “The Chance of a Millennium” about Japan’s imperial ambitions, and “Labourers in Place of Soldiers” about the 140,000 Chinese coolies who did the laundry, fixed the roads and, yes, dug those famous trenches. 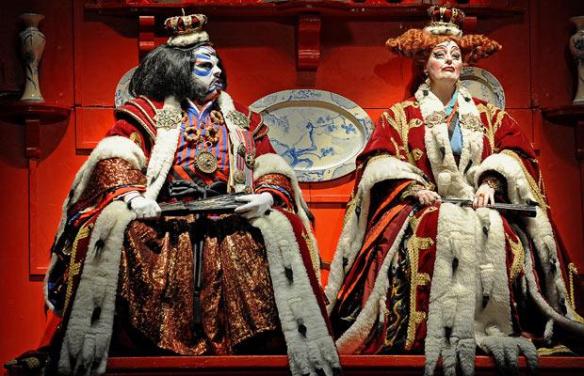 The inside of the Sydney Opera House is controversially unfinished; the original architect stormed off in a huff during construction, leaving the building looking nice on the outside but a sub-Barbican mess of concrete and tubes within. He supposedly came back to consult on the finish, but the toilets still seem like an afterthought.
Jacqueline in the bar was an accomplished saleswoman: “I would like to point out that we are 100% full, so it’s a good idea to order your drinks for the interval so you don’t have to elbow your way through people who can’t make up their minds. You can have them in the North Foyer, with a lovely view of the harbour. So lovely, in fact, that that’s where we put all our ugly bar staff. Or you can have them here in the South Foyer, where the view is not so nice, but the staff are prettier.”

It often felt just like the Barbican. A trillion miles away from London, there were the same cardigans and snorting fat girls; the same impossibly long walks to a dead end; the same scrubbed children politely trying not to admit they are bored out of their minds; the same smattering of youthful, preppy drama students who have to be there for their homework, and the same herd of doddering tosswits who seem to be confused by the sight of a staircase, but give it a go anyway with ponderous, meandering slowness while a crowd backs up behind them.

The Mikado was exactly what I was expecting from Gilbert and Sullivan – a twee pantomime. As with their previous Pirates of Penzance, the Australians did everything they could to liven it up with comedy business and pratfalls, and put a charismatic local in the role of the Lord High Executioner: Anthony Warlow, former Pirate King and Phantom of the Opera, who stopped the show in act one to impersonate Michael Crawford. In keeping with local ideas of what an ex-convict would sound like, he kept an Australian accent and made occasional sarcastic asides about how ludicrous everything was. The “Little List” song of things that piss him off was altered to include a bunch of Australian malaises, achieving the writer’s desire of ensuring that there were belly laughs in the first half, although to be honest, they were the only ones.

The wet romance of dull Nanki-Pu and self-absorbed Yum-Yum did not interest me in the slightest, but the costumes were nice, and the audience was, I am mortified to report, better behaved than the English equivalent. There was a rustle of excitement among the Australians when the Lord High Executioner began singing “Tit Willow”, as this appears to be a song known to them out of context, and many had no idea that it was from the Mikado. I certainly first heard it on the Muppet Show sung by Sam the American Eagle, so there perhaps some Australian vaudeville artist has crooned it out for no apparent reason as well.

I was far more interested in the aims of the original Mikado, written in 1885 at the height of Japanesquerie, when the impoverished samurai class of Japan, left behind by the onrush of modernity after the Meiji Restoration, sold off so much of their family treasures, dumping them on the European art market where they were snapped up by the likes of Arthur Liberty. The opening chorus speaks of being the men of Japan, familiar from “many a vase and fan”, and alludes to the mystery and awe felt towards the Japanese, so recently forced to open their doors to the world after 200 years of isolation, revealing an entirely alien country stuck in an oriental time warp.

1877 saw the revolt of Saigo Takamori, a doomed war in the south led by the fabled “last samurai”, a man who refused to kow-tow to the new order and paid for it with his life. It was the events of this uprising that inspired Madama Butterfly a generation later, with its talk of a teenage girl whose family must sell her because of their own poverty, itself caused by her father’s hapless participation in an unspecified samurai revolt. In 1884, when Gilbert and Sullivan were working on their operetta, Japan was briefly plunged into another conflict, when peasants in the famous silk-weaving region of Chichibu rose up in themselves. In the days before Hepburn romanisation, this would have been written Titipu, and no doubt the English found it dreadfully amusing.

Meanwhile, a bunch of Japanese set down in Knightsbridge and constructed what was referred to at the time as a “Japanese village” – some sort of ghetto and/or theme park where the English went to gawp at performers and buy tat. I am fascinated by this event – who were the Japanese who turned up in Knightsbridge, and how long did they stay? Knightsbridge is still crawling with Japanese to this day, as it’s where the Japanese embassy staff all seem to live. Were the people in Knightsbridge really representatives of central Japan, or were they early emigrants from Satsuma and Choshu, those two fractious southern domains who were instrumental in the Meiji Restoration, and who sent so many early students abroad to study foreign ways – including the future Admiral Togo, in England from 1871-8. I do find it spooky that amid all the cod-oriental, willow-pattern nonsense and whimsy, a fragment of real Japanese music should suddenly burst out of the performance, as the Mikado himself arrives and the chorus briefly sings a recognisable shard of the Satsuma battle hymn: “Miyasama, Miyasama…”, the Japanese broken and garbled, but still recognisable, the tune exactly reconstructed. Someone, it seems, has heard real Japanese people singing a real Japanese song, and has attempted to faithfully transcribe the lyrics, managing to salvage about six short lines.

Prince, 0 Prince!
What is it
Fluttering there
In front of your horse?

The next verse, which they didn´t include, should go:

Don’t you know that that
Is a royal brocade flag
Signifying our resolve
To defeat our enemies?

The royal brocade flag, of course, was knocked up by the Meiji Restorationists to shame their opponents into surrender, when the only other option is to charge against the imperial banner. There is something thrilling about hearing pieces of real history poking through a throwaway English operetta, thousands of miles from home, and thousands of miles even further away from the battlefields where it was first sung.

Jonathan Clements is the author of A Brief History of the Samurai.