Out now in Romanian, translated by Iuliana Dumitru, my Brief History of the Samurai, with a spiffing new cover depicting the first encounter of Benkei and Yoshitsune. News like this is like getting a postcard from old friends — I delivered this book to my British publisher seven years ago, but every now and then it finds a new home in a foreign country. There have already been editions in Spanish and Italian. 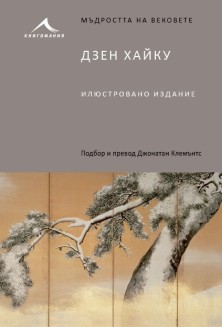 For what are undoubtedly thousands of my readers in Bulgarian, there is now a Bulgarian edition of my Moon in the Pines (a.k.a. Zen Haiku), translated by Nadiya Nicheva-Karastoicheva and published by Knigomania in Sophia.

“Jonathan Clements has selected the best of three centuries of haiku, including the work of classic poets such as Basho, Buson and Chiyo-Ni and rendered into English the elusive spiritual quality of the poems.” And… er… now someone else has rendered my renderings into Bulgarian.

The first of two Chinese translations of my Empress Wu biography is now being advertised, with the title Zhennai Nuren  — “I am Woman” declined with an imperial first-person pronoun, like the Royal We. This Taiwanese edition translated by Lai Yeqian, is released this month by Gusa. There’s another translation coming in the People’s Republic sometime in the autumn.

From my introduction to the Taiwan edition:

“Even as I delivered the original manuscript of this book in 2007, I was fielding phone calls from a TV production company interested in adapting the story of Empress Wu into a drama series. Nothing came of that, but I have twice sold the rights to this book to producers hoping to reimagine it as a saga of intrigue to rival Game of Thrones. Perhaps I shall be lucky the third time.

“What is it about Empress Wu that excites such interest? For foreign producers, it’s the dual appeal of manly adventure and feminine wiles, but also the chance to present medieval China, a country often regarded as monolithic and homogenous, as cosmopolitan and multiracial. At the height of the Tang dynasty, there were ‘blue-eyed girls in the taverns of Chang’an,’ ambassadors from Bohai and Syria, and handsome refugees from Persia. There were Christian priests and Muslim traders, offering tantalising potential for any director wanting to present a diverse and vibrant society.

“Wu remains a lively topic, even today. Since this book was first published, Tsui Hark has brought the pomp and ceremony of Wu’s reign to the screen with Detective Dee and the Mystery of the Phantom Flame (2010, 狄仁傑之通天帝國) and its prequel. Archaeologists have found the grave of Shangguan Wan’er, and Chinese television has become embroiled in a new scandal fitting for its most infamous female sovereign. Low-cut dresses and flashes of cleavage in Fan Bingbing’s lavish Empress of China (2014-15, 武媚娘传奇) had made the PRC censor worried about a possible corrupting influence. Such stories are wonderful news to any historian – if anything lures in new readers of non-fiction, it’s the discovery that the Tang dynasty is ‘too hot for TV’ even in modern times.”

It’s not abundantly clear from the cover, but the hardback, gilt-edged Collector’s Library edition of Sun Tzu’s Art of War is a new edition of my earlier paperback translation. It’s a very portable pocket size, and does look very posh, particularly after you throw away the horrible dust jacket. See here for details of why the world needs another version of Sun Tzu, and here for my thoughts on performance.

It’s out now in the UK and in the US.

Out now in Italian, my Brief History of the Samurai, although now it’s a “Secret” History. 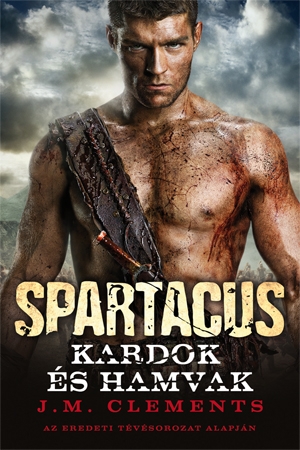 My Spartacus: Swords and Ashes is now available in Hungarian, and has received an enthusiastic and perceptive review that singles out the character interaction between the leads, the prophecies of later events, the cameo by Cicero and the use of Latin. Also man-on-man action in its historical context, so that’s nice.

My book, The First Emperor of China, is now available in Romanian, which I am sure is a great relief to all of you. It’s been published by Editura All in Bucharest with a nicely understated cover and has already got a glowing review from the film website Filme Carti, which clearly appreciates my appendix on the First Emperor’s screen appearances. Since Editura All also translated my biography of Confucius, I can only hope they are now moving on to Empress Wu.