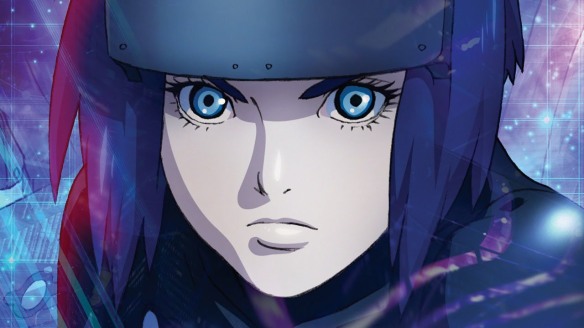 So there’s a new Ghost in the Shell film, spun off from ARISE. It’s called Ghost in the Shell: The New Movie. Just remember, someone had a meeting about that, and that’s the title they brain-stormed. Someone got paid to say: “We’ve got a title that everyone’s going to sit up and take notice of. It’s Ghost in the Shell. And it’s NEW!”

Seriously, did nobody in the room raise a hand and point out that the last Ghost in the Shell film was also new when it came out? And so was the one before that.

Maybe you missed it at last year’s Scotland Loves Anime, because you, like a number of other punters, thought it was the old new Ghost in the Shell until it was too late. And not just the punters; some journalists also confused this new film with the last time a Ghost in the Shell film was new, and used the wrong stills in their coverage. This new film will only be the new film until a new new film comes along, and then it will be the old new film.

Is there method in the madness? Quite possibly, what with a live-action Ghost in the Shell movie also coming soon. Internet search engines are sure to confuse this new film with Scarlet Johansson’s. Who knows, maybe the distributors will end up like those sneaky bastards who released Ralph Bakshi’s Lord of the Rings cartoon with an all-typography cover just before Christmas, hoping to fool shoppers at the checkout that they were snagging Peter Jackson’s. In movie distribution, such sleights-of-hand are called “spoilers”, not the least because they’re going to ruin someone’s day, possibly yours.

Meanwhile, Makoto Shinkai’s latest film Your Name (Kimi no Na wa…) just happens to have the same title in Japanese as a radio series that was a massive hit in the 1950s, and adapted for television in the 1960s and the 1990s. When the Japanese publicity kicks off, it’s going to trend through the roof on social media with three different generations of tweeters, all of them crossly telling each other that it’s nothing to do with the show they loved from their youth. Someone, somewhere in a Tokyo cocktail bar will be patting herself on the back about how high the title is trending, even though half of the hits will be noise.

Ah, I hear you say, there’s no such thing as bad publicity. Does it really matter how these people get the public talking about their movies? It matters to me, because in five years time when the perpetrators of these crimes are back selling soap powder or brushes, I’ll still be here, dealing with angry letters from people who’ve bought the wrong DVD, or who missed a cinema screening.

Jonathan Clements is the author of Anime: A History. This article first appeared in NEO #147, 2016.

This article is now available on the Manga Entertainment blog, here.

“I thought what I’d do was, I’d pretend I was one of those deaf-mutes. That way I wouldn’t have to have any goddamn stupid useless conversations with anybody. If anybody wanted to tell me something they’d have to write it on a piece of paper and shove it over to me. They’d get bored as hell doing that after a while, and then I’d be through with having conversations for the rest of my life.”

Ghost in the Shell: Stand Alone Complex makes recurring references to the work of legendary American recluse JD Salinger, whose judgemental Holden Caulfield in Catcher in the Rye bears some similarity to the Laughing Man, and even supplies the quote for his logo. The tune, ‘Comin’ Through the Rye’, is a regular feature of daily life in Japan in everything from elevator doors to pelican crossings, and has cropped up before in the anime Vampire Hunter D and Grey: Digital Target.

Salinger’s short story ‘The Laughing Man’ was first printed in the New Yorker magazine in 1949, and featured a tale within a tale, about a boy kidnapped by Chinese bandits, and vengefully tortured by having his head partly crushed in a vice. Left with a gaping hole where his mouth should be, he takes to obscuring the lower part of his face with a mask. He proves a fast learner, even comprehending the language of wolves, and becomes a bandit with skills he had learned from his former captors. But his whole existence is a case of misdirection, for the story is actually about something else entirely, the tales of banditry and derring-do merely the means employed by a character to distract the reader from the real story going on around him, a thwarted romance.

(Excerpted from Jonathan Clements’s sleeve notes to the Ghost in the Shell: Stand Alone Complex box set, released in the UK by Manga Entertainment, and reprinted in the collection Schoolgirl Milky Crisis).

“Nowadays it is getting difficult to create cool, global science fiction. It is because reality has surpassed the future we imagined. Cool SF stories turn up just before the big bang of a new social infrastructure. This time, it was the Internet. Ghost in the Shell was the forerunner and a favourite.” — Kenji Kamiyama
END_OF_DOCUMENT_TOKEN_TO_BE_REPLACED 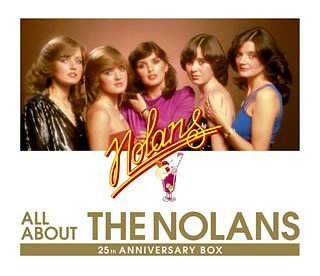 It’s sweet of the Science Fiction and Fantasy Writers of America (SFWA) to award a Best Script Nebula to Howl’s Moving Castle, but hopefully the anime community will take it for what it is – a very belated recognition of a supreme talent. In my opinion, Howl is nowhere near Miyazaki at his best; it often plays like a committee’s attempt to reverse-engineer his greatest achievements. It’s more likely that Howl gets its award for being cosily familiar to the voters – one of those weird Japanese cartoons, but based on a book by an English-speaking author, and directed by that nice old man who made all those great movies in the 1990s that the voters mainly ignored. It is notable that the only anime to previously get a nomination from the SFWA were Princess Mononoke, which had Neil Gaiman credited for the script adaptation, and the subsequent Spirited Away, whose Oscar victory was inescapable. It is also notable that a large number of the SFWA voters are in Japan this month at the Yokohama Worldcon – perhaps they were booking their flights at the same time as they filled their ballots, and figured it couldn’t hurt.
END_OF_DOCUMENT_TOKEN_TO_BE_REPLACED