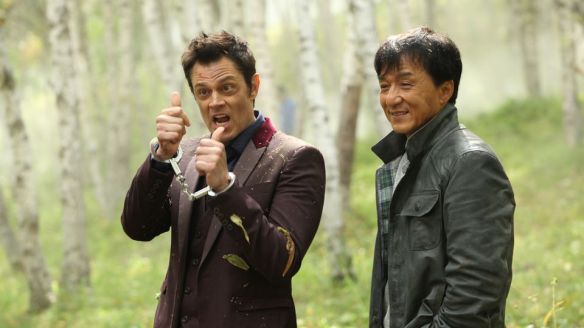 Over on the Funimation blog, I tackle the entertaining but also thought-provoking Skiptrace, Jacke Chan’s latest movie outing.

“Finnish director Renny Harlin has managed a remarkable evocation of the mood of Chan’s Cantonese movies of the early-1990s, such as Cityhunter and Police Story 3, when he was working with Wong Jing and Stanley Tong. Harlin’s film (or more aptly, its script) also inherits many of the flaws of that era – underwritten female characters, plotting that takes itself about as seriously as the clowning action sequences, and a condescending attitude towards anyone who isn’t ethnic-majority Han Chinese.”