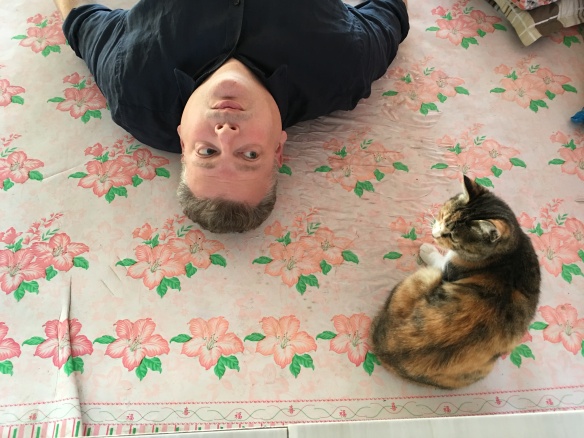 Season three of National Geographic’s Route Awakening, in which I wander some of the ethnic minority communities of modern China, has just snagged the Gold Remi award at the Houston International Film Festival for “TV: Information, Cultural or Historical.” You can see the trailer here. Seasons one and two won the same award in 2016 and 2017. 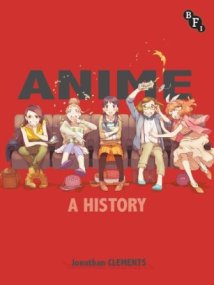 My Anime: A History has just been declared the runner up in the Society of Animation Studies’ voting for the Norman McLaren – Evelyn Lambart Award for Best Scholarly Book on Animation. The winner was Animated Documentary by Annabelle Honess Roe, “a vital addition to both animation scholarship and film studies scholarship more broadly, expertly achieving the tricky challenge of synthesising these two scholarly traditions to provide a compelling and brilliantly coherent account of the animated documentary form.”

“Clements’ work stood out as the 2015 Runner-Up because of his fearless capacity to continually foreground the challenges of historical analysis, while putting this into practice to provide a much needed early history of anime that is rich with balanced detail.” 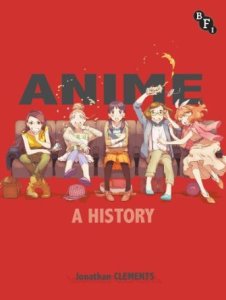 Apparently my book Anime: A History (US/UK) has just been selected as one of 23 Palgrave titles receiving this year’s Choice Award, a recommendation dished out by Choice: Current Reviews for Academic Libraries, a publication of the American Library Association. “This list of publications reflects the best in scholarly titles and is designed to attract the attention of the academic library community,” quoth Palgrave. 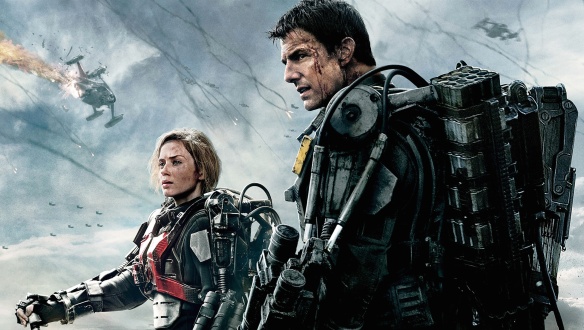 With a press release cunningly put out in silly season, when all the real journalists are still only struggling back from vacation, August’s announcement that Tom Cruise was going to get a J3C Award managed to make it onto a lot of news sites desperate for something that didn’t involve shootings or revolutions.

The 2nd Japan Cool Content Contribution Awards, to give them their full name, seem to be a Hollywood-based feather-stroking exercise by JETRO and METI, two Japanese government bodies with a vested interest in fostering overseas industry ties. They’re doled out at the Tinseltown consulate, and seem designed to point the eyes of the press at those media splashes that have some sort of connection to Japan. Tom Cruise, of course, has recently starred and produced in Edge of Tomorrow, the inanely retitled but rather fun adaptation of Hiroshi Sakurazaka’s novel All You Need is Kill. Another award is going to Doug Liman, producer of the Godzilla remake.

Wait, there was a 1st J3C awards? In 2013 the gongs were handed out to Tim Heroes Kring, presumably for creating the character of teleporting time-traveller Hiro Nakamura, Don Murphy, the producer of Transformers, and Vicki Shigekuni Wong, who produced Hachi, the Richard Gere vehicle about an abandoned dog.

J3C is an interesting restatement of a topic that this column has monitored for the last five years – Japan’s ever-increasing belief in and, indeed, reliance on the power of its intellectual property to earn money overseas. It’s been eight years since Peak Anime in 2006, but initiatives like J-LOP (NEO #123) continue to push Japanese comics, novels, games and movies as blue-chip rough diamonds, waiting to be honed into globally-locally acceptable jewels.

This won’t come as news to any NEO reader. Media splashes with a connection to Japan comprise most of the content of this magazine in any month, but J3C seems to have a more ardent purpose, to remind Hollywood that Japanese intellectual property is a powerful, world-beating commodity that really deserves their attention. A cynic might suggest that they have been inaugurated just as Hollywood’s attention has turned away from Japan to the potential of a market with one billion pairs of eyes – stop looking at China! Look back at us!

Jonathan Clements is the author of Anime: A History. This article first appeared in NEO 129, 2014.

The new, free, online edition of the Encyclopedia of Science Fiction has just won the Hugo Award for Best Related Book. I take some small part of the glory, having written some 100,000 words of it. Which sounds impressive until you realise that the whole thing is already at 3.7 million words, and still growing.

This new edition incorporates substantially more information on China and Japan. to the extent of an entire book-within-a-book on such subjects as mecha and the Seiun Awards, and authors such as Liu Cixin and Wei Yahua. Best of all, it includes the magical Incoming button, which not only tells you all the entries that link *to* the entry you were looking at, but also formats a reference for a researcher’s bibliography.

Schoolgirl Milky Crisis is on the longlist for the Bookseller magazine’s annual Diagram Prize for the daftest book title. It faces heavy competition from Collectible Spoons of the Third Reich and The Origin of Faeces, among others, so who knows if it will make it to the shortlist on 19th February. Still, nice to be noticed…