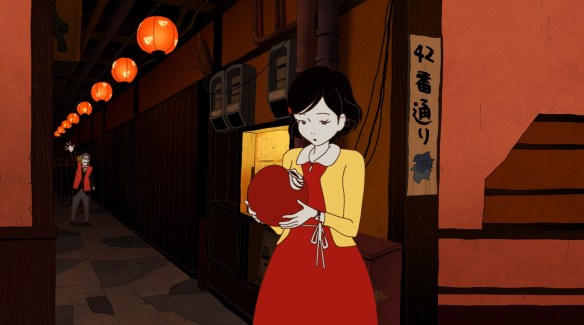 I once lived in Kyoto. It was a magical time of my life, wandering temples and wooden-shuttered backstreets, side-eyeing geisha at the bus stop – the town that had been Japan’s capital for a thousand years, simmering in the summer heat. My history tutor told me to ring the doorbell of a fearsome, fortress-like building, and to announce to the occupant that I was his deshi. This simple watchword unlocked the bolts, and an antique dealer, feared by the locals, welcomed me with open arms and showed me prints of the war with Russia from a hundred years before. “I remember your teacher when he was your age,” he said. “Like it was yesterday.” But it wasn’t yesterday; it had been twenty years. I went to a barber and sipped gingerly at tea that tasted of fish, while a man who seemed to think it was still 1951 asked me if I wanted a “G.I.” haircut.

Sometimes I forgot what year it was myself. I felt that was how the whole town got along. There was a children’s playground next to a mount called Mimizuka, the “Hill of Ears”. But the name was a lie; it was full of noses, hacked off Korean soldiers during the samurai invasion that closed the 16th century. Every day I would walk across the bridge at Gojo, where my hero Yoshitsune had legendarily fought the monk Benkei. I bought manga and rock CDs next to a little temple, where Oda Nobunaga had made his last stand. I ate noodles near the spot where Yasuke, the black samurai, had overwhelmed his traitorous enemies. Of course, I was going to be a historian, so that others could see what I could see.

In a tea-house, a girl all in grey with shining eyes told me that we had been married once before, in “a smoky room”. The next day, she shaved her head and became a Buddhist nun.

Nobody ever stole my pants from me in a dark alley, though.