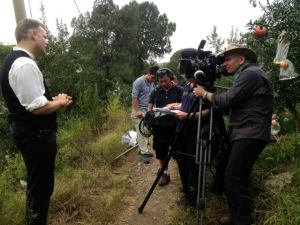 For readers in the UK, I shall be on Channel Four on Sunday 8th December at 8pm, as a talking head on New Secrets of the Terracotta Warriors. Lots of metallurgy fun, and possibly even the entertaining sight of me interviewing the man who discovered them — I don’t know, I haven’t seen it yet myself.

We had been hoping to get a reprint of my First Emperor of China book out in time for it, but that won’t be until 2014. But you can apparently pick up the original edition for a penny behind the link, so knock yourselves out. Photo courtesy of Two Chiefs.